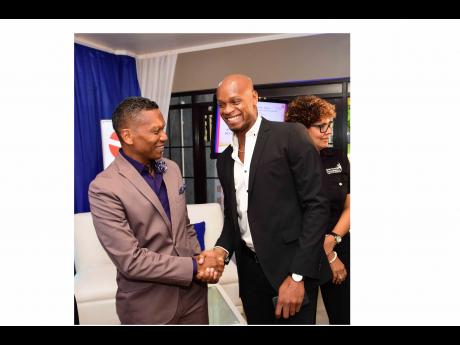 Sports experts, Olympians, influencers and scholars gathered at the University of Technology (UTech) for the 4th Annual Joan Duncan Memorial Lecture hosted by the Joan Duncan School of Entrepreneurship, Ethics and Leadership in collaboration with JMMB Joan Duncan Foundation on Wednesday.

The theme of the forum, 'Mining Gold! How do we Monetise brand Jamaica's sporting Success?', made for interesting discussion.

Chris Dehring, CEO ReadyTV and CEO of ICC Cricket World Cup 2007, was a panellist who explained how wealth can be reaped from an already existing infrastructure and how this wealth could be cashed in for Jamaica.

"It's been 25 years since I have been investing in sports, doing business in sports, making and losing money in sports. People couldn't understand how I came from running Cricket World Cup to being the Chairman of Cable and Wireless but what they don't understand is that I already had that base from working in sports," explained Dehring.

"I used to sell 3G mobile video rights for West Indies cricket to places like India, Australia, and even England before 3g licenses were actually issued in any of these countries. When selling sports rights you are selling up to six years in advance of the event, so you have to know the technology and the road map of that technology, understand how it is going to impact the Indian market and the English Market before you can even sell it," added Dehring.

Monetising sports is no easy feat, understanding the nexus between sports and entertainment to be able to challenge the traditional norm are the roadblocks that many will face when trying to make the business out of sports. The business of sports is a very complex world and requires numerous committees and regulation.

Don Lockerbie Keynote speaker at the event, says that gone are the days where stadiums are named after dead musicians and athletes, the new era sees where big companies are putting their names on stadiums to expand their portfolio and brand recognition. Lockerbie was instrumental in building Mega Stadiums across the world.

"What we fail to realise is that no money is being generated from naming stadium after dead musicians or athletes, we need to be naming stadiums after companies like JMMB, we need to be making money, and dead musicians don't pay, we need to realise that there is money to be made in this country, with our culture and overall energy, Jamaica is a prime country to monetising sports to its full potential," stated Lockerbie, Chief Operations Officer of ICC Cricket World Cup 2007.