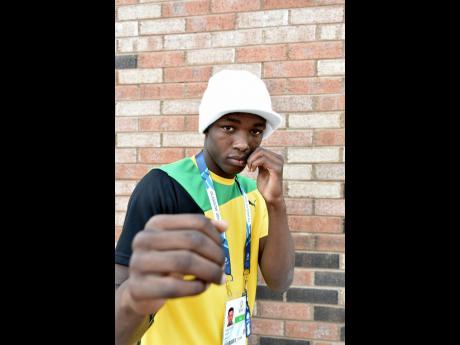 Fans will be treated to some exciting boxing action tonight at the Barbican Beach Complex on East King's House Road.

Jamaica and Panama will first clash in four amateur bouts before four local professional boxers will trade punches. The card is being promoted by Creative Sports and United Boxing Promotions, in association with the Jamaica Boxing Board and the action starts at

The six-fight card promises to produce a lot of action, and the amateur content is a part of the thrust of the boxing board to keep Jamaica's young boxers active and in shape for overseas competition later this year. The amateur section of the programme will see Jamaican lightweights Marvin Shea from theJamaica Defence Force and Sanjay Williams from Bruising gym going up against Panama's Jhonathan Miniel and Leonel Guttierrez respectively.

In the other two bouts, Jamaican middleweight Janathan Hanson from Stanley Couch gym, will go against Luis Hernandez and super heavyweight Ricardo Brownfrom G. C. Foster gym, will take on Panamanian Ronaldo Bermudez. When the Panamanians arrived in Jamaica on Thursday, they predicted that they would winall their bouts, and their trainer even stated that their superior boxing technique would take them home safely against their Jamaican counterparts.

In the professional section of the card, middleweight Kestna Davis, who is seen as a bright prospect for the future, will get an opportunity to use his boxing skillsagainst wily veteran Anthony Osbourne, in a bout scheduled for five rounds. This is a case of youth versus experience, and while Davis predicted yesterday that heexpected to win, Osbourne hinted that his years of experience would definitely give him the edge over his young opponent.

The second bout, which will also be over five rounds, will see two newcomers to the pro ranks seeking a first victory. Welterweights Nico Yeyo and Fabian Tuckerboth have one fight as a professional and lost. This should be a close contest, and a lot is at stake, because neither boxer wants to start his career with two losses.