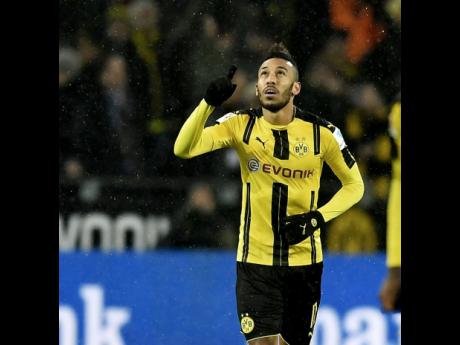 Backed by the assurance of a return to European football next season, Italian giants AC Milan have been moving firmly in the transfer market and seem to have made former player Pierre-Emerick Aubameyang a major target ahead of the coming term.

Milan reportedly met with the Gabon international through an intermediary yesterday.

The Borussia Dortmund star striker actually started his career with the Rossoneri, but he failed to make a mark during his time at the San Siro club and was repeatedly loaned out and eventually moved to French club Saint-Etienne.

Aubameyang, who topped the Bundesliga goal-scoring table with 31 goals from 32 games appears he’s keen to quit the German league this season, and AC Milan is being highlighted as one of the leading candidates for the striker's signature. Any possible transfer will come at a huge cost for AC Milan with Aubameyang expected to go for around 60 million Euros.

According to respected Italian journalist Gianluca Di Marzio’s, AC Milan , which is now owned by a Chinese consortium, met with intermediary Giacomo Petralito at their Casa Milan headquarters yesterday to try and begin possible negotiations.

Aubameyang has already informed Dortmund directors that he wants to leave this summer after 119 goals in 188 games across four seasons for the club.