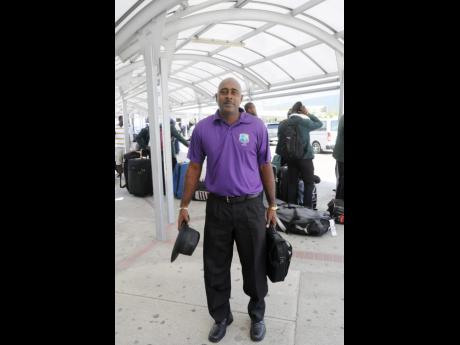 Regional umpire Patrick Gustard is set to stand in matches during the ongoing English County Championship as part of the umpire's exchange programme between the West Indies Cricket Board and the England and Wales Cricket Board.

The 45-year-old Jamaican will spend two weeks in Britain between this month and next month, and follows in the footsteps of fellow Caribbean officials Joel Wilson, Gregory Brathwaite, Nigel Duguid and Leslie Reifer Jr, all of whom have participated in the programme in England, Bangladesh and Sri Lanka.

"The exchange programme is an important step in the umpires' development pathway at the WICB," said Rawl Lewis, the WICB's cricket operations officer.

"We see it as a vital part of the process as our regional umpires look to broaden their on-field experience in foreign conditions, as well as gain an appreciation for the cultural differences which exist among the playing nations."

He added: "The programme is now in its eighth year and we have seen great benefits. It is a clear demonstration of the WICB's intent to develop all aspects of cricket in the West Indies and we hope to see our umpires grow and improve."

Earlier this year, English umpire Graham Lloyd stood in matches during the regional first class championship, as part of the programme.