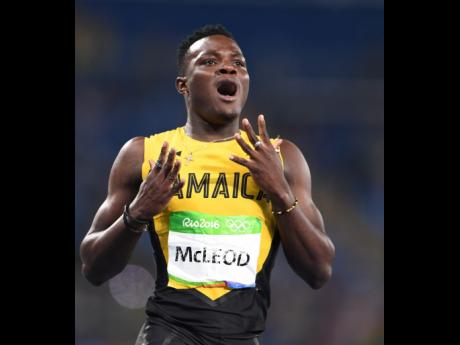 Omar McLeod continued his wining ways, Ronald Levy announced himself to the world, and Elaine Thompson suffered her first real loss this season in a breakneck women's 200m at the Prefontaine Classic, IAAF Diamond League at Hayward Field in Oregon, USA.

McLeod has only lost once in his past seven starts and never looked troubled throughout yesterday's 110m hurdles showdown, crossing the line in a world-leading time of 13.01 seconds - his fastest time in over a year.

University of Technology student Ronald Levy confirmed his good start to the season with a personal best 13.10 run for second place, making him the fifth fastest man in the event since the start of the 2016 season, while American Devon Allen, 13.11, was second.

Thompson has been on fire all season, but she didn't have things her way this time around as impressive corner runs by American Tori Bowie, 21.77, and Bahamian Shaunae Miller-Uibo, 21.91 - both of whom were running personal best times, gave the Jamaican too much work to do in the end.

The Olympic champion crossed the line in 21.98 seconds, her fastest time so far this season.