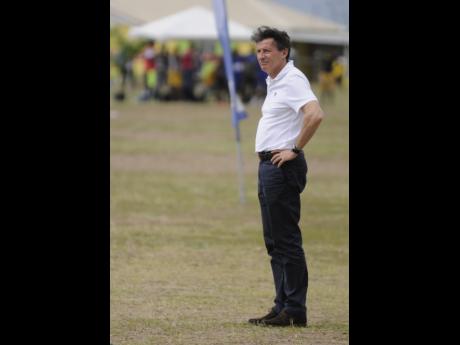 The City Games went ahead amid tight security, with Britain's terror threat level raised to critical after the blast that killed 22 people at the Manchester Arena. Thousands of runners were expected also take to the Manchester streets today for a half marathon and 10-kilometre race.

"Sports can actually help in that healing process," Coe said in an interview with The Associated Press. "It's not the only solution, but at this very moment, there are coaches working the length and breadth of the country in some really challenged communities, and that's what sport does all the time. Maybe this is a really important time for sport to be involved in that process."

The head of track and field's governing body recalled watching, "with mounting horror", from the IAAF headquarters in Monaco as news of the atrocity unfolded at the Ariana Grande concert.

"Like many people, we felt we just needed to be here," said Coe, the double middle-distance Olympic champion. "It can't remedy or gloss over what happened a few days ago, but, at least, it can help in that grieving process. I hope that the athletes feel tonight and the people, the great people that were here tonight, feel that the athletes may have just helped in that healing process too."

Security in Britain is high on the IAAF agenda, with London hosting the World Championships in August at the Olympic Stadium.

"I know the diligence and forensic work (by the security services); our police services are outstanding," said Coe, who headed the 2012 London Olympics organising committee. "They're the best in the world. You've only got to see the way they responded here (on Monday) and the work that we did in London with those teams.

"The same thought and the same diligence is going into all these events and it's important that we provide a safe and secure environment, but we don't lose sight of the fact that sports is a celebration of humanity and we must never lose that."