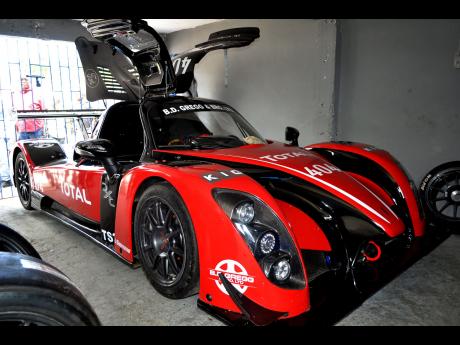 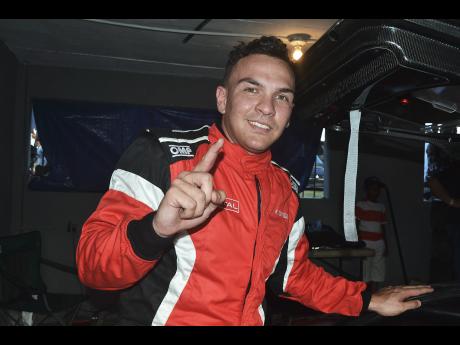 With Douglas 'Hollywood' Gore out for the rest of the season and defending individual Caribbean champion David 'The King' Summerbell Jr temporarily sidelined, young driving sensation Kyle Gregg says that he intends to take up the mantle for Jamaica in this year's Seaboard Marine Caribbean Motor Racing Championships (CMRC).

Gore and Summerbell were involved in a crash last weekend in their Group 4 CMRC race at the Jamwest Motor Speedway in Westmoreland, leaving both drivers' vehicles in ruins. While Summerbell's modified Mitsubishi Lancer Evolution VIII is likely to return in time for the next CMRC event, Gore will have no such luck as his Audi TT DTM race car was written off.

But Gregg, who has blazed a trail since the start of the year in his Radical RXC car, set new track records at Dover and then Jamwest that weekend. He beat both Summerbell and Gore into second and third, respectively, in the first two CMRC races on the day to take the early lead in the regional drivers' championship. He told The Gleaner that he wants to continue his hot streak and establish himself among the elites of Caribbean drivers this year.

"In the Caribbean championship, Doug is the defending champion. He was going for back-to-back championships. Unfortunately, due to the accident, he is now sidelined. I was in the race with Gore and Summerbell and I barely got away. But I beat the two of them in the first two races, so I am leading the Caribbean Championship," he said.

Although he leads the drivers' championship and is confident about going all the way, he said that regaining the team title got a lot tougher without the country's two most renown drivers.

"We have a good chance at the Caribbean championship, but with the absence of Doug, it kind of hinders us as a country. David's car should be fixed and he will represent us, but for now, it is just left to me to carry it home for Jamaica, and I am hoping to carry the flag high," he said.

Gregg, who parted ways with Summerbell's Total Summerbell Racing (TSR) last year, after four years, to launch his own career, is disappointed that Gore and Summerbell will be absent from the racing circuit. He said that he feels this way because he wanted to crown his first driver's title by beating the best. However, he thinks that he has already shown that he is more than capable of beating the two and does not think there will be any doubts over his credentials if he wins the local championship without Gore and Summerbell's complete participation.

"I don't want to win a championship based on somebody being sidelined, but in fairness to us, we have been leading from the get-go. The two races prior to the accident, we beat them, so nobody can say now that the reason I am ahead is because Doug is sidelined," Gregg said.