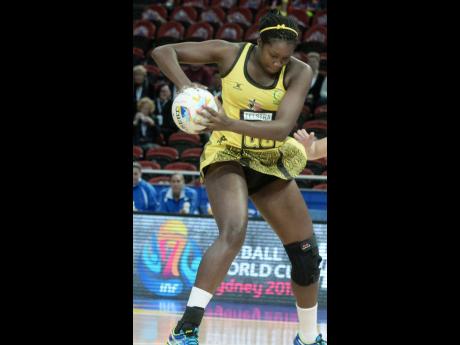 Fowler Reid, who helped her Southern Steel team secure their 11th straight win in the ANZ league in New Zealand, described the Jamaicans' result as inexcusable.

"I am furious, mad and disappointed that we lost to Barbados, and there is no excuse for us not winning the series 3-0," said the 27-year-old player.

Fowler-Reid cited inexperience for the loss.

"The inexperience of both the players and the recently appointed coach has definitely caused these results," said Fowler-Reid, who was the captain of the team late last year when they beat England 2-1 in their Vitality International three match friendly series.

With the Caribbean Netball Championship being the next assignment for the Sunshine Girls, Fowler-Reid was asked if she would be available for that tournament.

"I will be back in Jamaica by the end of June and I will definitely make myself available for the Caribbean tournament. However, I do not intend to be beaten by these countries which are ranked lower than us, so I am hoping the coaching structure and mindset will be changed to that of one which has more international coaching experience under their belt, and not one who thinks it's time for these teams to beat us, because we have been beating them for some 30 years," she continued.

Several of the country's top players are also overseas playing professional netball and Fowler-Reid said she has spoken to them and they are all concerned about the netball programme in Jamaica.

"The girls are very disappointed with all the negative attention that netball in Jamaica is getting. However, they are ready to come home and voice their opinions for the necessary changes to be made," she said.

According to Fowler-Reid, there is a certain individual who they have confidence in and want that person to be at the helm.

She is, however, asking the loyal supporters of the game to have faith in the team.

"To all our loyal supporters of the Sunshine Girls, please do not lose faith in us, as we will definitely redeem ourselves and bring back the positive energy to netball in Jamaica. While we will do our part on court, we need you all to help us and to be the force that pushes us over the line," she concluded.