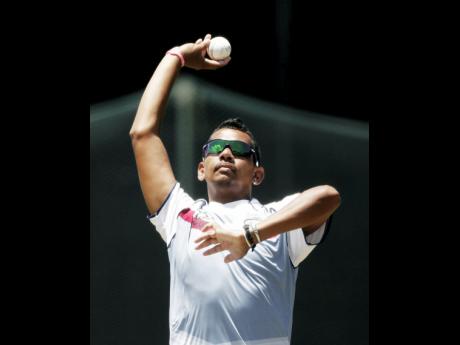 In the latest rankings released yesterday, Trinidadian Narine dropped one place to fourth, and is still the only West Indies bowler in the top 10.

The 29-year-old, however, has not played for West Indies since the three-match one-day series against Pakistan in the United Arab Emirates last October, and with West Indies failing to qualify for the Champions Trophy, his ranking is expected to fall further.

He missed ODI series against England in March and against Pakistan last month, after failing to meet the eligibility requirement of making himself available for the Regional Super50 domestic limited overs tournament.

One-day captain Jason Holder is the other West Indies player in the top 20, dropping one place to 17th in the latest rankings.

He and Narine are the only two Windies players in the top 50.

He produced a brilliant four-wicket haul on Monday to help bowl South Africa to victory in the final ODI of the three-match series, and finish with a haul of seven wickets.

In the batting rankings, there is no West Indies player in the top 20, with Marlon Samuels - currently also ineligible for selection - the highest ranked at 32nd.

In fact, the veteran Jamaican is the only regional player in the top 50 with left-hander Darren Bravo, who has not played for West Indies since being sent home from the Tri-Nations Series last November for disciplinary reasons, the next best ranked at 54th.

West Indies are set to take on Afghanistan in a three-match one-day series at the Darren Sammy National Stadium in St Lucia from June 9-14.