Use pain to become stronger - McCleary ... Reggae Boy remain positive after missing out on EPL qualification 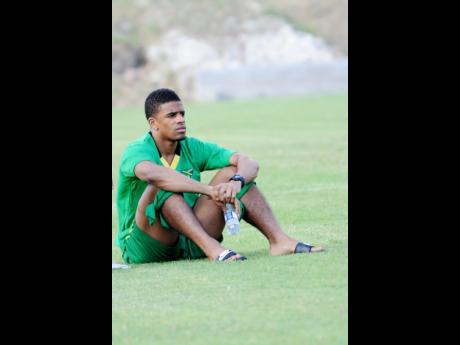 Reggae Boy Garath McCleary says Reading FC will use the disappointment of losing Monday's Championship playoff final to Huddersfield FC, to bounce back even stronger next season.

Reading went down 4-3 on penalties at Wembley after scores were locked nil-all after regular and extra time, to miss out on a spot in the lucrative English Premier League next season.

Writing on Instagram, McCleary hailed the support of fans, noting it had been a huge plus for the side.

"Thank you for your support. It means so much to all the players and staff, the turnout was magnificent," the forward said.

"We are all absolutely devastated but it just wasn't meant to be. Congratulations to ... Huddersfield, we'll use this pain as motivation next season."

The 30-year-old was initially an injury doubt for the game but came off the bench in the 74th minute for Lewis Grabban.

He missed a chance from 30 yards out and then went wide with one from the edge of the box towards the end of the first period of extra time.

McCleary was not among the penalty-takers as Liam Moore and Jordan Obita missed for Reading in a nerve-jangling climax to the encounter.

Reading had finished third in the Championship standings on 85 points while Huddersfield ended four points behind in fifth.