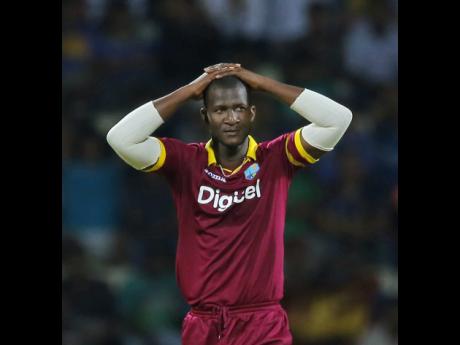 Discarded two-time Twenty20 World Cup-winning captain, Darren Sammy, has blamed West Indies' recent travails in the one-day format on the controversial eligibility rule which has robbed the Caribbean side of its senior players.

Sammy, also the former Test and one-day captain, said the leading players were now being forced to choose between international cricket or lucrative T20 domestic leagues across the globe, and this had resulted in a fallout for West Indies.

"Now players can see it's not all about international cricket. When I grew up, the goal was to play for the West Indies and then maybe play county or league cricket in England," said Sammy, who will serve as a pundit for OSN Television here during the Champions Trophy, starting today in England.

"You've seen it happen in football, there is room for club and country; but when you try to enforce one on the other, that's where I think problems arise."

The West Indies Cricket Board has mandated that all players must make themselves available for the requisite domestic tournament in order to be eligible for selection to the international side in that format.

With the Australia Big Bash usually clashing with the WICB's Regional Super50 one-day tournament, the leading Caribbean players have opted to play their trade in the lucrative T20 tournament Down Under.

As a result, the likes of prolific opener Chris Gayle and all-rounders Dwayne Bravo and Andre Russell have not played an ODI in almost three years.

"Cricket is changing. In this day and age, cricketers understand that they are the product and now boards can't just boss them around anymore. It's a different age, a different era," he warned.

"You only have to look at what's happening in Australia [with the dispute between players and the board]."

West Indies missed out on the upcoming Champions Trophy for the first time in their history, after failing to qualify because of their ninth-place ranking at the cut-off date of September 30, two years ago.