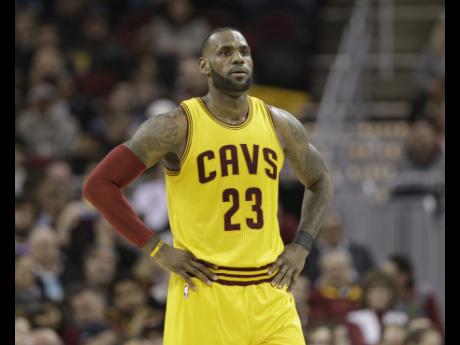 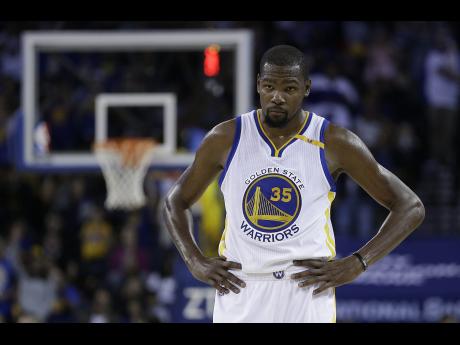 A position-by-position look at the matchups in the NBA Finals between the Golden State Warriors vs Cleveland Cavaliers:

CENTRE: Zaza Pachulia vs Tristan Thompson. Pachulia is back and ready to go after missing two games in the Western Conference finals with a heel injury. He may not be out there long if the Warriors decide they need more mobility against Thompson, who is nearly averaging a double-double and shooting 60 per cent while creating plenty of extra possessions with his offensive rebounding for the Cavaliers. Edge: Cavaliers.

POWER FORWARD: Draymond Green vs Kevin Love. Green wanted the matchup with the Cavaliers after Golden State fell short last year despite his brilliant Game 7, and now here it comes. On top of his versatility and defence that is so important to Golden State, he's shooting 47 per cent from 3-point range in the postseason, tops on a team that has some of the best perimeter shooters in the world. Edge: Warriors.

SMALL FORWARD: Kevin Durant vs LeBron James. Durant has been terrific in his first postseason with the Warriors, averaging 25.2 points on 55.6 per cent shooting. James has been even better, putting up 32.5 points on nearly 57 per cent shooting, and adding 8.0 rebounds and 7.0 assists per game. Edge: Cavaliers.

SHOOTING GUARD: Klay Thompson vs J.R. Smith. Thompson's shot has been off in the postseason, hitting just about 38 per cent from the field, but his defence is probably more important than his offence now anyway as the usual primary defender against Kyrie Irving. Smith has had a quiet postseason, playing more than 30 minutes and taking more than eight shots just once in the Eastern Conference finals. Edge: Warriors.

POINT GUARD: Stephen Curry vs Kyrie Irving. With his big performance in Game 5 that helped start Cleveland's comeback, his 3-pointer in Game 7 and then his go-ahead basket in their Christmas Day matchup, Irving has repeatedly hurt the Warriors. Now he comes into this series off a sizzling conference finals, shooting 62 per cent against Boston. Curry is averaging 28.6 points in the play-offs and looking like a different player now than heading into last year's NBA Finals after a knee injury earlier in the postseason. Edge: Warriors.