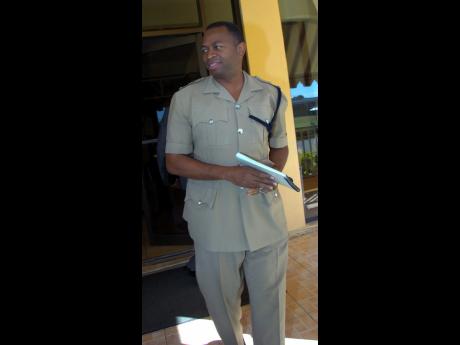 Members of the Jamaica Constabulary Force will be putting their athletic skills on display tomorrow and Saturday at the Mayberry-sponsored Jamaica Police Co-Op Credit Union Police Athletic Championship at Stadium East, starting at 10 a.m. each day.

The 'two-day festival' of athletics will involve all eight divisions in the Jamaica Constabulary Force. That will include geographic spaces as well as specialised areas such as the Police Training College, non-specialised areas, and defending champions Mobile Reserve.

Senior superintendent and chairman of the Police National Sports Council, Terrence Bent told The Gleaner that the event is usually highly anticipated and helps to build morale and acts as a motivator not only among members of the police force, but also the communities, which come out in support during the elimination phase.

"It is one of the socialising points for past members, current members, and possibly future members, for as the sharing of knowledge takes place, we are able to recruit candidates who fit the bill in the first instance," he said.

He added that the training for the championships helps to build physical fitness among members, and it is hoped that they would continue to carry on that discipline and physical training throughout the rest of their lives.

"The Police Championships is the culmination of the elimination meets of the various areas. Those eliminations include training run-off and they come now to display their skill and, hopefully, take top spot. They will use physical fitness and employ this level of training throughout their lives. It also acts as a community interactive point. They are interacting with other agencies.

He added that the championships helps to facilitate sportsmanship among its participants and help outsiders see a different side of the force.

This year, other security personnel such as members of the JDF, the Passport, Immigration, and Citizenship Agency, and the Fire Brigade have been invited to participate.

Bent added that a large contingent of retired police from overseas are expected to be in attendance.

Entry to the event will be free.