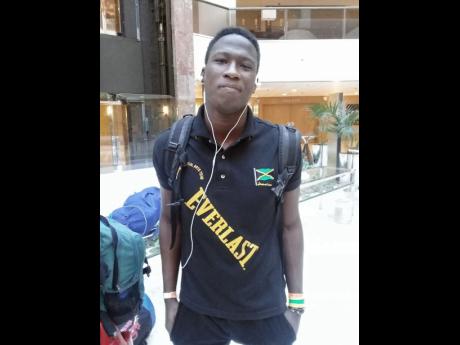 Lindsay, a gold medallist at Portugal 2015, had to battle past fighters from France, Germany and finally the Ukraine to take gold at the May 31-June 3 event.

Named among four gold medal hopefuls by the Jamaican contingent, Lindsay said he had to "dig deep" against his European rivals.

"Coming to my second ISKA World Champs, having won before in Portugal, this one was very, very difficult, three tough fights against France, Germany and Ukraine. I had to dig deep and get the job done.

"The judging was very tough. The first fight was most difficult, I was trying to get in the frame of mind for the tournament while seeing how to maneuver around the judge, who was very tough on me," he added.

Jamaica has a star-studded squad at the event including Sheckema Cunningham and Subrina Richards, who is back defending her title won in Germany last year.

Jamaica are hoping to set the stage for a successful staging of the 2018 championships, set for Montego Bay, with at least four defending champions.

"It is considered really crucial that, being hosts, countries should have persons defending their world titles," he said.

Richards and Cunningham were due to take the mat in yesterday's evening session.