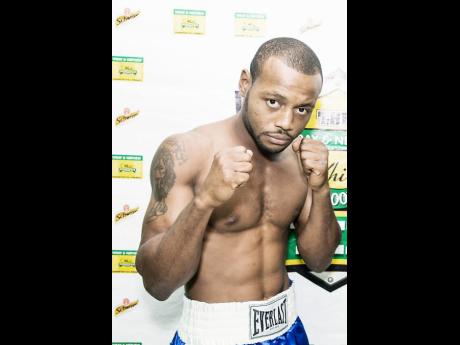 Sakima Mullings, the No. 1 seeded boxer in the Wray & Nephew 2017 Contender series, booked himself a spot in the semi-finals of the competition last Wednesday night with a hard-earned victory over Canadian Larone Whyte at the Chinese Benevolent Association auditorium on Old Hope Road in St Andrew.

After five bruising rounds, which had spectators cheering wildly for the entire time, judge Lindell Allen 49-46 and judge Ransford Burton 48-47 voted for Mullings while judge Brian Beauchamp voted 48-47 for Whyte.

"I gave myself four rounds. I thought that I won fair and square, but so it goes," said Whyte.

Whyte had shown in his fight with Moncriffe that he is a slow starter. He lost the first two rounds that night, but came back to win the next three. He tried to emulate that feat on Wednesday, but just fell short of his goal. He, again, lost the first two rounds on the scorecards of the judges, but they differed regarding who won the next three and he lost by split decision.

The atmosphere in the auditorium was electric as both men entered the ring, Mullings behind the Jamaican flag, and Whyte with both the Jamaican and Canadian flags, because he has Jamaican parents.

Mullings started quickly, and with jabs and hooks to the body and head, he kept one step ahead of Whyte all the way.

Whyte found his bearings in the third and made things much more competitive, as he and Mullings entered into a battle of attrition.

In the fourth round, the pace started to tell on Mullings and he looked to be a bit winded. He switched tactics then - from torrid in-fighting to slick boxing. This gave him some respite, but he still knew that he was in the fight of his life. At the end of the contest, the crowd roared in appreciation and both men paid their respects to each other.