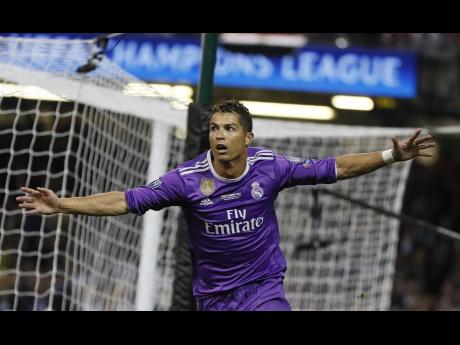 In an exceptional career in which he keeps rewriting the record books, Ronaldo is the first player in the 25 seasons of the Champions League era to score in three finals.

His first strike was cancelled out by Mario Mandzukic's exquisite hooked 27th-minute shot, but it was the only high point for Juventus on a night when the Italian champions were outclassed in their quest for a first European title in 21 years.

Casemiro restored the Spanish champion's lead in the 61st; Ronaldo turned in his 600th career goal at the near post three minutes later; and Marco Asensio wrapped up a record-extending 12th title in the 90th.

On one night in the Welsh capital, Juventus conceded more goals than they had on the journey to the final, having let in only three in the previous three games.

But Madrid's attacking brilliance proved just too hard for Juventus to contain as Zinedine Zidane won his second Champions League title in 18 months of top-flight management.

Until now, no team since AC Milan in 1989 and 1990, when the cup was only a knockout competition, had won back-to-back titles.