World Cup a new lease on life for optimistic Daley 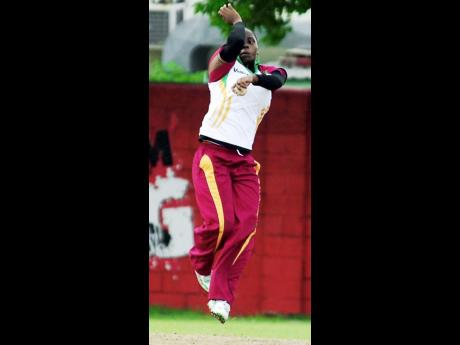 Shanel Daley is hoping that her outing at the upcoming ICC Women's World Cup later this month will close a difficult chapter in her career, which nearly resulted in her premature retirement from the game.

The 28-year-old, a veteran of the West Indies Women squad with 64 One-Day Internationals and 68 Twenty20 Internationals, has been sidelined for nearly the last three years with injury.

Picked on the virtue of her experience after proving her fitness - if not her form - in the recently staged Regional Super50 in the Caribbean, Daley said that she was excited to be back in the senior side set-up for a major tournament.

"It feels really good [to be back]," the Jamaican all-rounder said here at the start of the Caribbean side's camp at the Ageas Bowl ahead of the June 24 to July 23 World Cup here.

"I was talking to Anisa Mohammed, and I told her leaving the Caribbean, I wasn't really feeling the fever, but when we got here, everything just started coming back. It started hitting me that I was at the World Cup."

Daley was one of the veterans from the last World Cup in India four years ago, playing every game as West Indies Women did well to reach the final before losing to Australia.

However, it was her last major tournament as injury ruled her out of the T20 World Cup last year when West Indies lifted the title.

She said that the period away from the game was a painful one and admitted that she came close to ending her career.

"I think the first year or so was pretty difficult because seeing the team out there playing, they had a few tours in the Caribbean and outside the Caribbean," she explained.

"It was difficult, I won't lie. It was difficult to the point where I even thought about quitting, but I had encouragement from my teammates ... I fought through it."

West Indies enter the World Cup as one of the favourites, but Daley said that with the weight of expectation present, she was not getting ahead of herself.

"I'm taking it one day at a time. You know, it's the World Cup, and everybody wants to win. We want that title, so I think taking it one step at a time [is important]," she said.

TAKING IT A DAY AT A TIME

"[I am] managing myself and seeing how it goes from the training sessions, practice games, leading up to the World Cup. I'm just going to take it one day at a time."

She added: "We definitely have to play together as a team. We have to support each other on and off the field. Once we do that, I think we'll be good."

Daley's return to the side has coincided with the selection of four uncapped players for the upcoming tournament, with Reniece Boyce, Quinana Joseph, Akeira Peters, and Felicia Walters all handed their debut tour.

Daley said that she hopes that the quartet will make its mark quickly.