French Open: Venus out, Nadal through 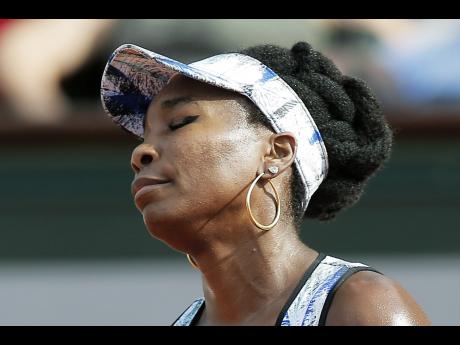 File
Venus Williams of the US closes her eyes after missing a shot against Timea Bacsinszky of Switzerland during their fourth round match of the French Open tennis tournament at the Roland Garros stadium, in Paris, France yesterday. 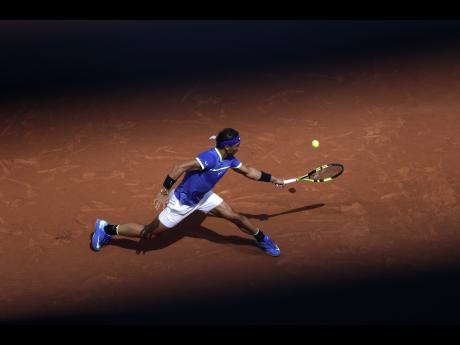 AP
Spain's Rafael Nadal returns the ball to compatriot Roberto Bautista Agut during their fourth round match of the French Open tennis tournament at the Roland Garros stadium yesterday. 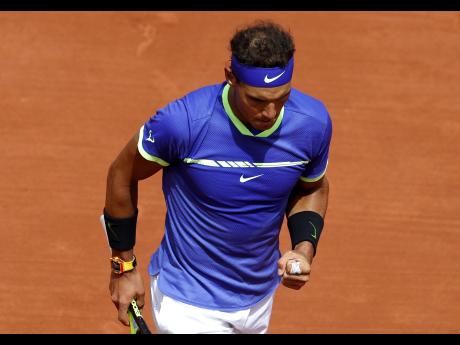 AP
Spain's Rafael Nadal clenches his fist as he plays compatriot Roberto Bautista Agut during their fourth round match of the French Open tennis tournament at the Roland Garros stadium in Paris yesterday.
1
2
3

There will be a first-time Grand Slam champion at the French Open. And there's a week left in the tournament to figure out which of the 12 women still around that will be.

Venus Williams was the last of the past major title winners in the draw, and she lost in the fourth round to 30th-seeded Timea Bacsinszky 5-7, 6-2, 6-1 at Court Philippe Chatrier yesterday. That happened less than an hour after defending champion Garbine Muguruza was beaten 6-1, 3-6, 6-3 by 13th-seeded Kristina Mladenovic at Court Suzanne Lenglen.

The only other two women with a Grand Slam trophy on their rÈsumÈs who made it to the fourth round Svetlana Kuznetsova and Samantha Stosur lost earlier yesterday to women without one.

Mladenovic will face Bacsinszky next, and Wozniacki meets Ostapenko. Plus, all eight women who play for quarter-final berths Monday are seeking a first major title.

This was Muguruza's first attempt at defending a Grand Slam championship, and she ran into a determined Mladenovic, who was backed by a vocal crowd of countrymen who chanted her nickname, Kiki, throughout the match.

Mladenovic often played to the fans, waving her arms to ask for more noise. And as Muguruza walked to the locker room after her defeat, she wagged a finger towards the stands as if to say, "Tsk, tsk!"

"Everything wasn't perfect. There were a few concerns," Mladenovic said, before joking: "I made about 35 double-faults today, but everything's OK!"

Mladenovic broke down in tears during her post-match speech to the crowd, telling her supporters: "The courage and the force you give me is just unimaginable. It's thanks to you that I fought for every point. And we're in the quarter-finals. Yes!"

The last woman representing France to win the country's Grand Slam tournament was Mary Pierce in 2000.

Mladenovic could have company in the quarter-finals, though: Frenchwoman Caroline Garcia plays her fourth-round match today.

This was the second year in a row that Bacsinszky beat seven-time major champion Venus Williams in the fourth round in Paris.

Williams, who turns 37 this month, earned all of those titles at Wimbledon or the US Open. Her best French Open showing was in 2002, when she lost to Serena in the final.

Bacsinszky's best result at a major tournament was reaching the semi-finals at Roland Garros in 2015.

Nadal, seeking a record 10th championship at the clay court major, overwhelmed Roberto Bautista Agut 6-1, 6-2, 6-2 and has dropped only 20 games so far. Only once in his Grand Slam career did Nadal fare better on the way to the quarterfinals at a major: He lost 19 games through four matches in 2012 at the French Open.