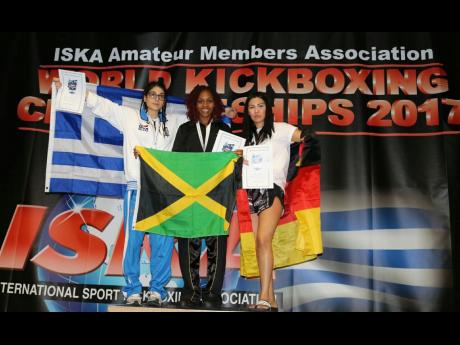 The 31-year-old fighter responded by landing the microweight female black belt title in Athens, Greece, proving that she is still among the best in the world.

"I have been doing martial arts for a very long time and I have been on the international circuit for quite some time. However, this ISKA World Champs first-place medal is my biggest achievement yet, my very first World Champs medal and I am grateful for that," said Cunningham, who won Jamaica's second gold of the tournament, following Akino Lindsay's first-day title in super heavyweight action.

With Jamaica set to host the tournament next year in Montego Bay, Cunningham, similar to Lindsay, said that she wished it were tomorrow.

"I am really, really looking forward to defending my title in Jamaica next year," she said.

Jamaica are eyeing four gold medals at the tournament with Ackeem Lawrence and two-time defending champion Subrina Richards set to take the mat this weekend.