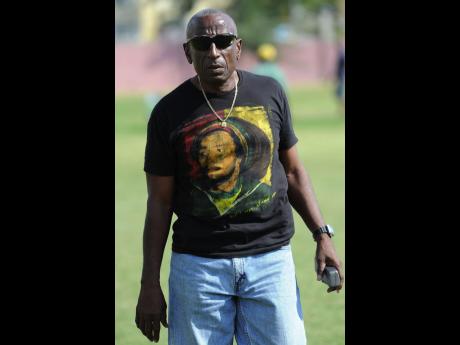 Former Reggae Boyz coach, Carl Brown, doubts that local football will ever again see a larger-than-life personality and character like Captain Horace Burrell, after the former army man past away yesterday in hospital in the United States yesterday after ailing for some time.

Brown who worked closely with Burrell for more than 30 years in local football described the former army man as a passionate go-getter who knew how to inspire others and get the job done.

"I remember the night he came by my home in 1994 to ask my support. He was looking support for the team to qualify for the World Cup. That first 12 months, the things he did to keep the fire going and give the vision to the entire Jamaica, I think it will be difficult for anyone to emulate.

"I don't think we will see another Captain Burrell. His personality, his character is unique and the things he did and the bold steps he took made 1998 possible," he told The Gleaner.

Brown said Captain also made Jamaica a force to be reckoned with in the boardrooms of the Caribbean Football Union (CFU), CONCACAF and FIFA.

"The role he played in the Jack Warner era and the friendships he made played a big role in the growth of our football. His relationship with CFU and CONCACAF allowed Jamaica to host games and tournaments that we normally could not.

"So he established us as a powerhouse in the region and played a big role in where our game went and where it reached. His contribution to Jamaica, Central and North America is noted," he stated.

Brown admitted that the loss is very difficult even though it was expected.

"It's difficult to believe that at 67, Captain is not here. It is unbelievable, even though we knew it would happen sooner than later, it is still very hard to believe the Captain is gone.

"The tough part is you hear reports that it can happen anytime. But when we finally hear, it's still tough to deal with. I want to offer condolences to his family, people who worked with him, the JFF, and the football family," he added.