Hubert Lawrence | Farewell to the Captain! 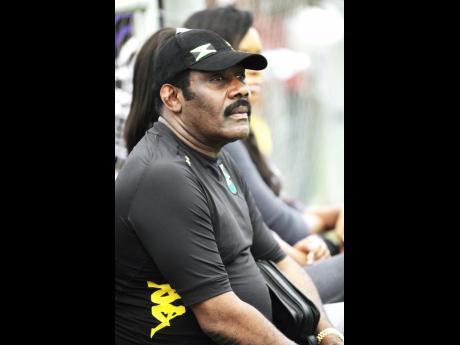 When a giant dies, memories come flooding back. The highs and lows are replayed like a movie on a DVD player. This is how we reflect on the contribution of Captain Horace Burrell, the president of the Jamaica Football Federation (JFF).

The highs were dizzying. When Burrell started selling people the concept of Jamaica qualifying for the World Cup in 1994, it was far-fetched. Yet, little by little, as he put his team together, the impossible dream become more and more real.

When Ian 'Pepe' Goodison headed the winner past Mexico at the National Stadium on November 17, 1996, and after a home draw on the same against the Mexicans a year later, the dream came true. Jamaica had become the first English-speaking Caribbean country to qualify for the World Cup. It wouldn't have been possible without Burrell's vision and his persistence in getting others in business and government to share the vision.

He will forever be linked with RenÈ Simies, the messianic Brazilian, chosen to pilot our footballers to France for the 1998 World Cup. It was a partnership that was right for the times. Together, they swept Jamaicans into a nationalistic fervour.

Though Jamaica hasn't qualified for the World Cup since, teams wearing black, green and gold have qualified for and played in the 1999 Under-17 World Cup and the 2001 Under-20 World Cup. More recently, Jamaica placed second in the 2015 Gold Cup. These are accomplishments directed from an administrative standpoint by Burrell.

The JFF Academy, where local coaches study for international certification, will bear fruit in the years to come.

OTHER DEATHS IN SPORTS

Burrell's death comes not long after the sudden departures of pioneer high jumper Germaine Mason and Doreen Brown, a faithful servant to the sport of boxing. Mason was barely 35, and memories of his days on the high jump apron, winning World Junior and World Indoor bronze medals for Jamaica, are fresh. The boxing fraternity tells chapter and verse of Brown's continuous service to a sport that has given the nation several world champions.

The Jamaica Athletics Administrative Association has created a lasting tribute to Mason by establishing a scholarship in the jumper's name at the G.C. Foster College for Physical Education and Sport. When the time is right, the JFF could do something similar in Burrell's memory. At the very least, the JFF's New Kingston office could be renamed the Horace Burrell Building.

He was a human being, too. Often, grieving individuals would receive a personally signed condolence card from Burrell himself. A warm handshake would be extended in person.

Whatever you thought of Burrell the football administrator, you have to give him credit for believing Jamaica could be world class at football and backing that belief with a vision. He was an optimist who made things happen. There were lows, but history will give more space to the highs inspired by the Captain.