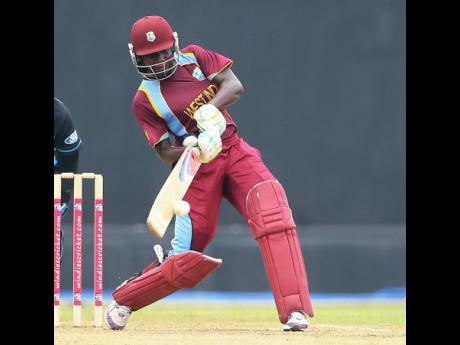 West Indies Women captain Stafanie Taylor showed early glimpses of form, but the Caribbean side lost a warm-up match to a strong England Women XI yesterday as they continued to gear up for the ICC Women's World Cup later this month.

The right-hander, who struggled somewhat in this year's Regional Super50 Championship, struck an attractive 60 as the tourists were dismissed for a disappointing 150 off 49.3 overs at Loughborough University.

Veteran Deandra Dottin chipped in with 25 and opener Hayley Matthews, 22, but they were three of only four to reach double figures.

Matthews put on 39 for the first wicket with the uncapped Felicia Walters (12) before she was bowled by seamer Anya Shrubsole, leading to a slide where four wickets fell for 15 runs to leave the Windies Women on 54 for four in the 22nd over.

However, Taylor and Dottin then combined to revive the innings in a 54-run stand. Taylor faced 86 balls and counted five fours and a six while Dottin struck two fours and a six in 50-ball knock.

Once Dottin perished in the 39th over, however, the innings declined again as the last five wickets tumbled for 25 runs.

Seamer Natalie Sciver finished with four for 39, while off-spinner Danielle Hazell picked up three for 21.

In reply, England easily overhauled their target but batted the full 50 overs, to finish on 281 for seven.

Dottin claimed two for 14 with her medium pace, while leg-spinner Afy Fletcher finished two for 32.

The game was part of the Caribbean side's ongoing preparation camp before the ICC Women's World Cup bowls off from June 24 to July 23.