Good win for Russell in Rome 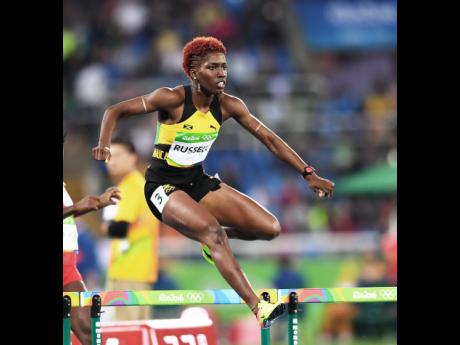 Janieve Russell was never tested as she registered a second straight win at the Golden Gala Pietro Mennea Diamond League meet in Rome in the 400 metres hurdles event yesterday.

Running out of Lane 8 in the Stadio Olimpico, Russell, the Olympic finalist, dominated from start to finish, crossing the line in 54.14 seconds, which is her second-fastest time ever.

Russell seems to really love competing in the Eternal City. It was here that she ran her personal best, 53.96, at the same meet last year, on her way to securing what was then back-to-back Diamond League wins.

Second place went to Denmark's Sara Slott Petersen, 54.35, with South African Wenda Nel, a perennial contender at this point of the season, ran third in 54.58.

In the women's 400m, Novlene Williams-Mills did most of her running in the last 80 metres of her clash with American Natasha Hastings, 50.52, but ran out of real estate in the end and had to settle for second place with a time of 51.04. Ukraine's Olha Zemlyak, 51.08, was close for third, while Stephenie-Ann McPherson, who is still searching for her first sub-51 seconds clocking this season, posted 51.52 for fifth place.

Kimberly Williams had a best effort of 14.21m for fifth place in the women's triple jump, where hot-stepping Venezuelan Yulimar Rojas leapt 14.84m - a mark that is only bettered by her world-leading 14.96m - for the win. Caterine Ibarguen posted a season's best 14.78m for second place, with Olga Rypakova's 14.64m proving good enough for third place.

Julian Forte did not report to the start of the men's 200m, which was won comfortably by Canadian AndrÈ De Grasse in 20.01 seconds. Second place went to Christophe Lemaitre in 20.29, with Ameer Webb, 20.33 finishing third.