It's time for Red Dread 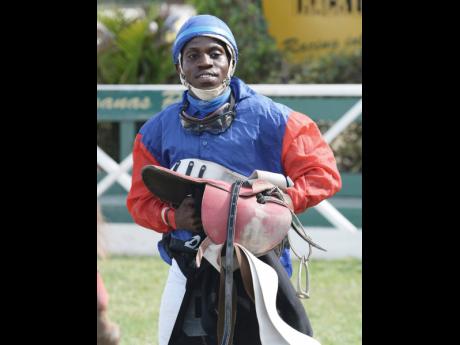 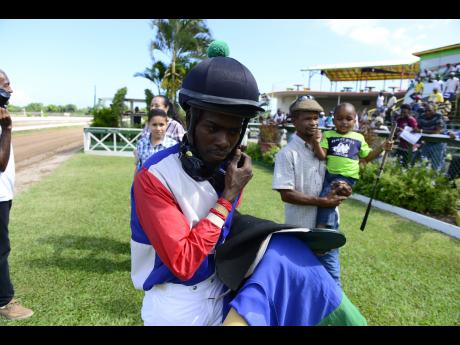 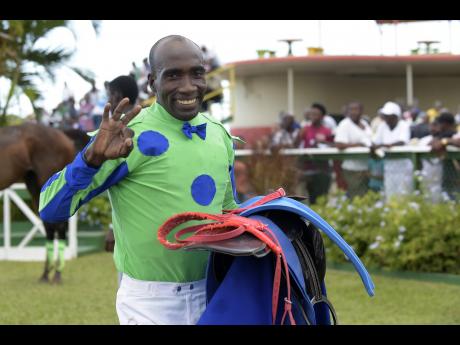 Trainer Anthony Nunes has drilled his American-bred three-year-old filly, FOLLOW BACK A ME, on the exercise track after an easy run behind Capturemyship over 1000 metres straight on May 13, and the connections should be handsomely rewarded in tomorrow's opening race over 1820 metres at Caymanas Park.

In that race, FOLLOW BACK A ME was eighth by five lengths in 1:01.1 after making mild headway in the final 400 metres. Since that time, Capturemyship has shown immense improvement and FOLLOW BACK A ME now gets a chance to show that she also has some class by slamming her rivals in tomorrow's Sunrise-6 opener.

The American filly was fastest in her 1200 metres gallop (1:15.0) last Saturday morning, and with her sire known to be good over a distance of ground, she should not be troubled by this moderate field.

RED DREAD had a poor race last time out (June 3) over 1300 metres but should rebound to upstage main rival SMASHING ONE in the second race. When the two met on April 29 over 1200 metres RED DREAD was well ahead while finishing sixth by 11 lengths. Today's distance should be more suitable for the selection as SMASHING ONE prefers it longer and will be coming when it's too late.

DYSFUNCTIONAL and leading rider Omar Walker will be racing the clock in the third. The Wayne DaCosta-trained gelding breezed 1:27.1 for 1400 metres last Saturday and that is good enough to top this field.

Race four should be decided by DaCosta's UNCLE FRANK and TWILIGHT STORM trained by Carl Anderson. The former was only beaten three-quarters of a length in a very good 1:20.4 (1300m) and appears to be improving. TWILIGHT STORM, however, has received the ease in the handicaps he has been begging for (courtesy of Oneil Beckford's 4kg claim). The three-year-old gelding led classic contender HENRY THE SECOND for a long way on April 22 (over 1500m), and at tomorrow's reduced distance (1400m) should go all the way.

Do not be fooled by EL GATO'S poor recent performances. The last time the three-year-old colt ran in a race he could win, he got up on the line to prevail by a neck. That was on January 14 and he has since faced some of the best three-year-olds in training. Last Saturday's run, seventh by 57 lengths over 1500m, was very bad, but if nothing is physically wrong, EL GATO should rebound to win at good odds tomorrow.

Race six is tailored for RED PARROT. The colt lost by a nose the last time he ran in this $250,000 claiming group and is back at the same handicaps against a group that includes many who are coming up from the $180,000 claiming group.