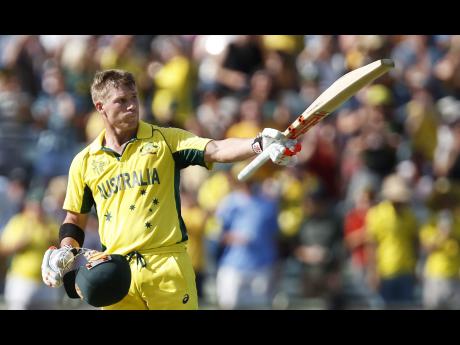 Australia vice-captain David Warner has accused Cricket Australia (CA) of unsettling the team ahead of their crucial Champions Trophy match against England tomorrow.

The governing body is in dispute with the players' union, the Australia Cricketers' Association, over the terms of a new pay deal with an agreement required by the end of June.

CA released a video on Wednesday, describing the long-established current payment model as "unbalanced and unsustainable" regarding the funding of grassroots cricket.

Warner, who has been outspoken about the dispute, questioned why CA released the video while the players are preparing for what is potentially a must-win game at Edgbaston.

"At the end of the day, we're here to win," Warner said yesterday, "and if Cricket Australia want to try and help us win, I think they wouldn't be releasing videos like that."

Warner has previously warned that Australia may not be able to field a team in the Ashes series if there is no resolution to the dispute.

"We have an important game coming up this week and that is our focus," Warner said, "and the memorandum of understanding can wait until after the game and the tournament.

"But from where we sit as players, it's been the same as we've always said: 100 per cent support of the ACA to get to the table with CA."

Australia's first two games of the Champions Trophy have been washouts, leaving the team on two points in Group A and fighting with New Zealand and Bangladesh to qualify alongside England.