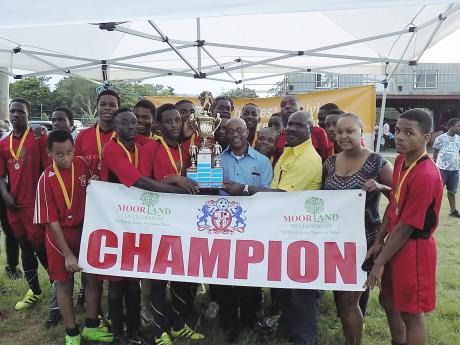 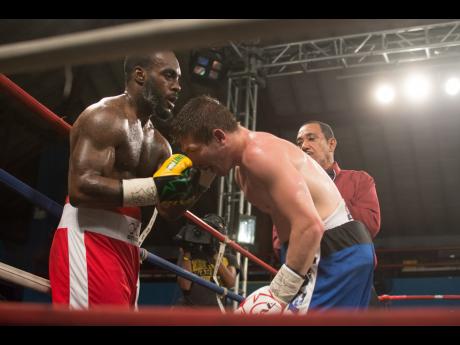 Contributed
Canada's Phil Rose (left) delivers a blow to the head of fellow Canadian Dave Leblond on his way to winning the second quarterfinal fight in the Wray & Nephew Contender on Wednesday at the Chinese Benevolent Association auditorium in St Andrew.
1
2

May Day land Manchester U15

May Day FC are champions of the 2017 Manchester Under 15 football competition.

The surprise package of the competition, May Day defeated the defending champions Villa United 4-2 in the final on Thursday.

Javoney Craig found the first goal for May Day in the 10th minute of play before teammate Antonio Ward made it 2-0 in the 27th minute. However, Rohane Brown whose last-minute goal in the semi-finals secured his team's win against 360 Degrees Academy, cut the deficit on the brink of half time to 2-1.

Raheem Walters equalised for the outgoing champions before May Day bounced back to place their hands on the trophy with Jahvaghn Mitchell's sensational strike in the 57th. They then made it a formality with a goal from Romoro McFarlane in the 77th.

McKenzie who finished ninth overall had to watch much younger feet in Nikazi Campbell (Under 19 category) and Alixann Campbell (30-39 category) take the top two places. Several of the top walkers beaten by McKenzie did not show. The male walk winner was again Duwell Allen.

Donald, who is the son of prominent 5K road race walker Natasha McKenzie, got good practice the previous weekend, when he finished a creditable fourth in the Under-19 category of the Guardian Life Keep it Alive 5K event in Kingston. He won ahead of Joshmiere Daley of Mount St Joseph Prep and Rojaun Hill of Ebenezer Primary.