Tony Becca | A plan of action, at last 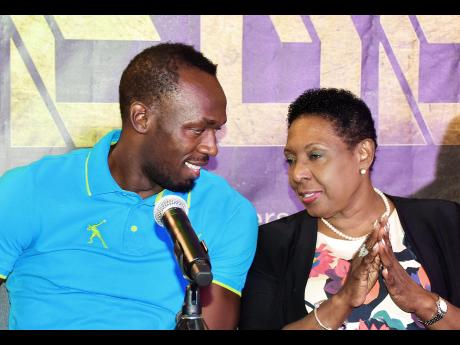 Jamaica is a land of talkers, of people who sometimes talk more than they act, and because of that, the country continues to mark time.

Despite the many improvements in life in the years since 1962, since Independence, Jamaica has enjoyed little real and substantial development.

After each summer and after each rainfall, the problems are forgotten until the next time they happen.

It is always business as usual. The ravage of the drought is forgotten, and the raging floods and the people living along river banks are forgotten.

There seems to be a change in the air, however, and one is coming from Desmond McKenzie, the minister of local government, re the Government's policy on places to live, or not to live, and one from Olivia 'Babsy' Grange, the minister of culture, gender, entertainment and sports.

From George Headley to Elaine Thompson, Jamaica has had sportsmen and sportswomen who have conquered the world time and time again, and they have young people in many, many different sports who have threatened to, and are threatening to keep Jamaica in the news, and making the news in sports all around the world.

For years, however, the sportsmen and sportswomen have been calling out for help, for more assistance from the Government and from the private sector, so that they can continue to develop and to produce, and with all the goodwill in the world, this country could not afford to do so, to do more than it can.

The Government, in fact, should not be expected to fully fund sports, certainly not 'professional' or elite sport, and certainly not the government of a country which is strapped for funds and one in which there are other priorities.

For years, however, many of us have been calling on the Government to do something about finding money for sport, to use the sportsmen and the sportswomen's achievement and their greatness to help the situation, to invest in sports, in sports tourism, and things like that.

Jamaica has been blessed to have leaders in the persons of Michael Manley, Edward Seaga, P.J. Patterson, and Portia Simpson Miller, who truly loved sports and demonstrated such feeling, plus others like, Natalie Neita-Headley and Grange, who, as ministers with responsibility for sport, have shown that they do care about sports.

Recently in Gordon House, Grange, in reporting on the Government's group life and health insurance, a project started by the former Government, set out a plan to market sports.

The plan calls for things like a Caribbean Sports Medicine Centre, whereby athletes, from home and abroad, can be served, for a national museum, and for erecting more statutes of achievers, of people like Usain Bolt, Veronica Campbell-Brown, Shelly-Ann Fraser-Pryce, Asafa Powell, and Elaine Thompson.

It also calls for investment, for supporting meets like the Racers Grand Prix, major international sporting and cultural activities, and other things from which the country can profile itself and make some money in the process, some of which can be used in the general economy, and some of it, or most of it, for sports.

Some years ago, in 1995, the Government asked the country, other sports organisations, to forgo any assistance while it funded football's dream of going to the 1998 World Cup, Grange said in the House recently that the Government assisted the athletes for the Beijing Olympic Games, and it is known that the Government also did so for London in 2012, and Rio in 2016, not to mention the World Championships in between.

Grange has stated that while it was a good thing to do, because it was only done for track and field athletes, "it did not sit well with me".

She hopes to organise a proper structure for Government's assistance in sports, and a good and proper investment in sports to ensure that the Government has the money to do so fairly and properly, especially without pinching from areas such as education, health, housing, and security, must be the right to way to go.

In selecting the members of the committees, however, Grange should select the best available people to do the job that she wants done. She should remember that sports is sports, and it has no colour, or should not have any colour.

The committees, one to look about things to commemorate the country's achievements and one for investment, should be made up of people who have shown that they love sports, that they know about business, that they know how to start a business and how to keep it going, and that they also love Jamaica.