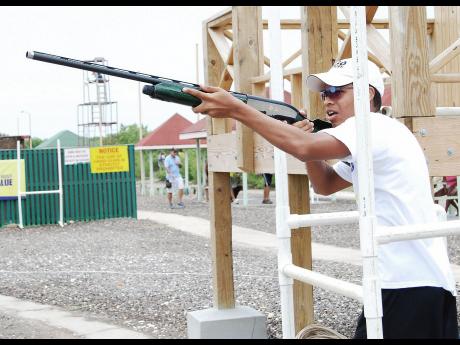 "This is the sixth year of the championship and it is becoming a prestigious event. All of the youngsters are planning to fight very hard to come out on top ... so I am expecting everyone to give their all," he said.

More than 60 competitors will be in the hunt for the title and they will be placed in three groups based on age. The first group, (sub juniors) consists of shooters age 11-14; the second group, (juniors) ages 15-17; and third group will have shooters age 17-20 (extended juniors).

At the end of the main competition, the top six shooters will go into a super six shoot off, and the shooter with the highest overall score will be crowned champion.

In the boys' section, defending champion Brandon Reid will look to defend his crown against the likes of Nickolai Clarke, Roman Tavares-Finson and Danzel Knight. While for the girls - Annabel Chung, Taylor Phillips and Anna Issa will be the main challengers for that title.