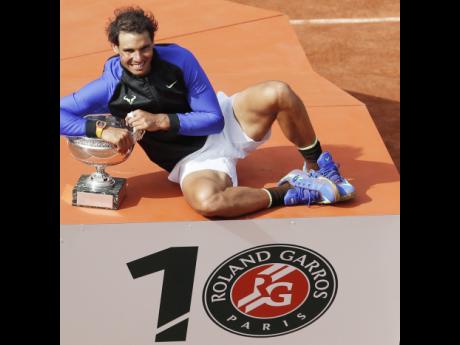 AP
Spain's Rafael Nadal returns the ball to Switzerland's Stan Wawrinka during their final match of the French Open tennis tournament at the Roland Garros stadium in Paris yesterday. 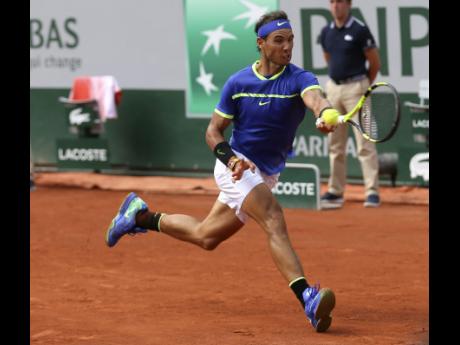 As he sat in front of a TV to watch last year's French Open final, sidelined by an injured left wrist, Rafael Nadal had no way to know for sure, of course, that he would return to the height of his powers.

For the second time in a row, the most important match at the most important clay-court tournament was being contested without him. As the 2017 edition at Roland Garros began, Nadal's drought without a Grand Slam title was stretching to three full years.

"It was difficult," said Nadal's uncle and coach, Toni. "We were asking ourselves whether he would be able achieve this one more time."

Turned out he could, and he did, as masterful as at any time. Overwhelmingly good from start to finish in yesterday's final, and for the entire two weeks, Nadal won his record 10th French Open title with a 6-2, 6-3, 6-1 victory over 2015 champion Stan Wawrinka.

Or as the Nadals preferred: La Decima, Spanish for 'The Tenth'.

Not only did Nadal win every set he played in the tournament, he dropped a total of only 35 games, the second-fewest by any man on the way to any title at a major tournament with all matches being best-of-five-sets in the Open era, which dates to 1968.

No other man or woman has won 10 championships at the same major in the Open era. Along with improving to 10-0 in finals at Roland Garros, Nadal increased his haul to 15 Grand Slam trophies, breaking a tie with Pete Sampras for second place in the history of men's tennis, behind only rival Roger Federer's 18.

It marked a stirring return to the top for Nadal at the site he loves the most: He is 79-2 at the French Open, 102-2 in all best-of-five-set matches on clay.

"He's playing the best he's ever played. That's for sure," said Wawrinka, who had won 11 matches in a row on clay. "But not only here."

True. Nadal leads the tour with four titles and 43 match wins this season and will rise to Number 2 in the ATP rankings today.