The Wright View | The sad week that was 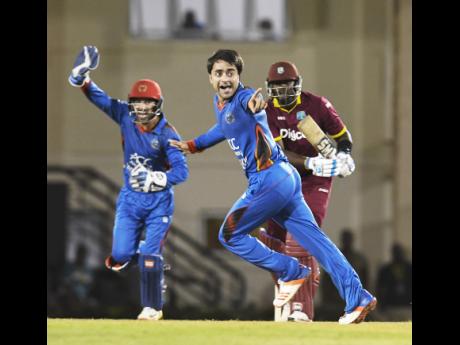 The emotions of Jamaican, and indeed, West Indian sport fans, plummeted to new depths this past week. The news of the death of the president of the Jamaica Football Federation (JFF) and former FIFA delegate, Captain Horace Burrell, caused a kind of national depression that was manifested by the many tributes in print, electronic and social media. Captain Burrell dreamed the impossible dream and mainly through dogged determination, and a refusal to take no for and answer, took Jamaica to the World Cup Finals, and watched with pride as Jamaica recorded a win against Japan in the preliminary round. Buoyed by this unprecedented success, Captain tried over and over again, using the same formula, to reappear at the World Cup Finals. His tenacity allowed him to consider failure after failure to be only a slight setback on the way to the finals. A rapidly diminishing influx of vitally needed cash eventually found the Captain, seemingly reluctantly, admitting that the time has come for the Reggae Boyz, his pride and joy, to concentrate on developing local talent instead of consistent and persistent trips abroad seeking talented players with tenuous ties to Jamaica. His vision and leadership qualities that were on show during his two stints as president will be hard to duplicate, but as sages say: "life goes on".

Then came the defeat of the Windies in the first of three one-day international matches against Associate ICC member Afghanistan. I am not sure if the taste of that defeat will ever be removed from the mouths of West Indian cricket fans over the age of 30. The Courtney Brown/Dave Cameron amalgamation of young, inexperienced cricketers collapsed in a heap when chasing what was a modest total of 212-6. I say modest, because the par score for batting on what has been described as the best batting pitch in the region, is 300 runs. So, 212 for 6 should be easy. Well, easy it was not. Rashid Khan, with 7 for 18, mesmerised seemingly bewildered West Indian cricketers, and we (the Windies) slumped to a defeat. One nil down in the three-match series. The team can still win the series, as the Windies pulled level with a win on Sunday night, but with points at a premium in a desperate rush to qualify for other major cricket tournaments, this is a disaster in the making. The defeat hurts, because we have in the region better players than those selected to play against Afghanistan. But after hinting that the dreaded eligibility criteria would be reconsidered after selecting our best available players to play in the Twenty20 series, the same-old, same-old, 'a-we-rule oonu' mindset took hold and a team without any able and experienced players was selected with the inevitable result: defeat. So, even though we managed to scrape through a victory in the second match, due mainly to some blatantly inept captaincy decisions by the Afghan captain as to when to use his bowlers, we will continue to struggle, unless the essence of international competition is understood: The best of ours, against the best of yours. I implore the hierarchy of West Indies cricket to put egos on hold and do the best for regional cricket: select the best available players for international competitions.

On Saturday, over 30,000 in the National Stadium, and a grateful nation as a whole, bid farewell to one who is truly the greatest sprinter of all time, Usain St Leo Bolt. This giant of a man has used his athletic prowess to dominate sprinting over three Olympics, but his charm and personality has endeared him to the peoples of the world, even those who were critical of him in his early days. During the build-up to his gala send-off on Saturday, it was revealing to hear reporters trying to 'goad' him into uncharacteristic responses to suggestions posed, only to hear the wit and humorous demeanour of the man supplying response after response, deflating the reporters' 'bait'. There will never be another Usain. No other human can have ALL of his attributes at one time. We will miss him dearly. The tears at the stadium were at first tears of sadness, but they soon morphed into tears of joy as we realised the gift to the nation, and the world, that God has given us. Thanks, Usain. Victory in London, then ... you decide!