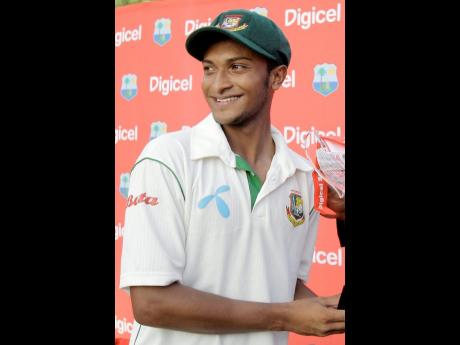 DHAKA, AP - As the city's 18 million inhabitants will attest, Dhaka the densely populated capital of Bangladesh is known as the "traffic capital of the world" for good reason.

Expect roads there to be deserted at about 3:30 p.m. local time tomorrow, though.

"A journey that would take one hour to get to your destination, will take five minutes," predicted Habibul Bashar, one of Dhaka's more famous residents.

Bashar is the former captain of Bangladesh's national cricket team, which will be taking part in the biggest game in its history. "The Tigers" as the team is also known play India in Birmingham, England, in a semi-final match in the ICC Champions Trophy, one of the world's leading cricket tournaments.

"This is big, very big," Bashar said. "The most important day of Bangladeshi cricket ever. This is what we have been dreaming for."

Once regarded as also-rans in high-level cricket, Bangladesh's players are on a remarkable journey to the top of the game. At the Champions Trophy, they managed to finish partly by luck, partly by skill above Australia and New Zealand to qualify for the semi-finals of a major tournament for the first time.

Cricket is Bangladesh's most important sport "the people, they eat and sleep cricket; they do everything for cricket," Bashar says so the country with a population of 160 million cannot wait for Thursday."

These days, players like Shakib Al Hasan, Tamim Iqbal, Mushfiqur Rahim, Mahmudullah and Mortaza are established names even to the average cricket fan and icons to kids in Bangladesh.

"This is one of the big things; in Bangladesh, everyone wants to play cricket now," Bashar said.

The first semi-final, England versus Pakistan, will be played today starting at 4:30 a.m. (Jamaica time).