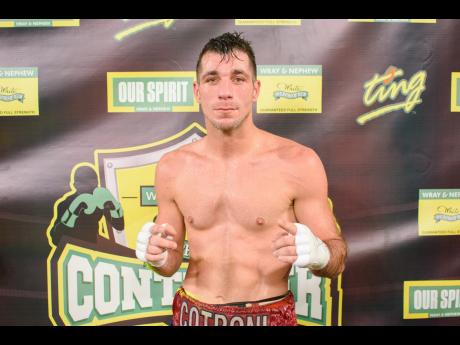 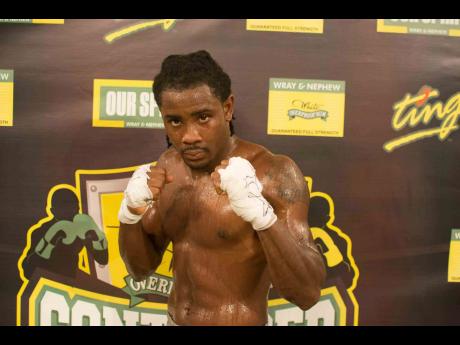 Jamaica's Richard Holmes, a finalist in the Wray and Nephew Contender series last year, is trying to get back there, and tonight, he clashes with Francesco Cotroni from Canada in the third quarter-final of the 2017 series, at the Chinese Benevolent Association auditorium. The card starts at 8.30 with two amateur bouts, and the main event which will be broadcast on Television Jamaica, is scheduled for a 9.30 start.

Two boxers have already booked their semi-final places. They are Sakima Mullings from Jamaica and Canada's Phil Rose. This year, the contest, which is in the junior-middleweight division, started with eight boxers from Jamaica and eight from Canada and the numbers have been decreased each week, until only six now remain.

Holmes and Cotroni safely navigated the preliminary round without any difficulty, against opponents that did not bring much to the table. Holmes went up against Mike Breton who had a 1-3 win/loss record, and ended that fight at the 29 seconds mark, of the third round. Cotroni went up against Gregory Miller, who had a record of one loss and no wins.

Holmes used his encounter with Breton to give himself some ring work, before the referee stopped the fight in the third round. Cotroni had a more difficult passage, even though he too won inside the distance. Miller won rounds one and two, with aggressive boxing, but he ran out of steam in the third and was defenceless. The referee therefore stepped in and called a halt, giving Cotroni a technical knockout victory. Both men seem to be evenly matched. Holmes has a 14-6 record, while Cotroni has 12 wins, eight losses and a draw.

Holmes declared yesterday that he "is much fitter and sharper" and expects to win, and Cotroni expressed similar sentiments.

"I am ready. I have been working hard since the last fight and I am in very good condition" he stated. "My aim is to win the top prize of $2-million" he added.

Holmes wants this to be his breakthrough year, having been to the finals twice before and lost.

"I have done the work, and having seen Cotroni fight, I am sure that I can beat him. I am planning to take the fight to him, and see what happens from there. I want to be the Contender champion this year, and to do so I have to beat him. This is someone in my way to a good payday, and I have to take care of business," he said.

Another hard-fought and entertaining contest seems to be on the cards.