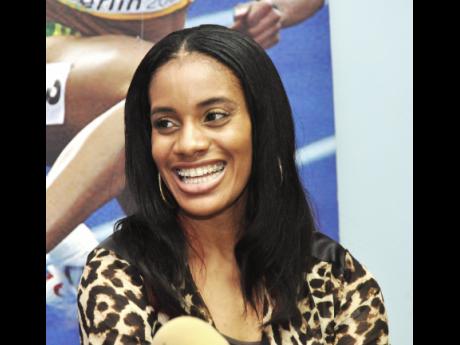 Kaleise Spencer's lawyer, Paul Greene, said the Jamaica Anti-Doping Commission (JADCO) case against the hurdles star should not have been brought to the Independent Anti-Doping panel, and he was always confident she would be vindicated.

Yesterday, at the Jamaica Conference Centre, an independent anti-doping panel cleared Spencer of attempting to avoid an urine sample test in 2016, during which she was placed her on three months provisional suspension.

But speaking to reporters via FaceTime on manager Marvin Anderson's phone after the decision, Greene blasted JADCO for pursuing a case without solid grounds.

"It is absolutely ridiculous they brought the case. My client's life was at stake because of what they did. I hope they think hard and long about this next time, because this is a pretty high profile loss for them.. It was a costly one against them as well, which they deserve.

There was no evidence she did anything wrong and the decision vindicated her today (Tuesday)," he stated..

Panel chairman, Kent Gammon, said the panel was not 'persuaded by the standard of proof of the evidence presented.

"The deciding factor was the equivocation that the athlete was properly notified after the anti-doping violation and the non-compliance with article 5.0 of international standard testing of WADA," he added.

Dressed in black, Spencer, accompanied by friend and fellow athlete, Christine Day and manager, Anderson, looked calm and assured and despite refusing to comment, it was clear she was happy to be cleared of any wrongdoing.

Anderson stated that he was pleased she had been cleared to compete again and that she will be ready for the national trials next week. He also declared that Spencer had no ill will towards JADCO.

"Kaleise is a very strong person and she has dealt with it with calm and humility. She kept reminding us throughout that she does not have any bad feeling towards JADCO. She has nothing negative to say.

"She was always confident that with time things would work out itself, and I am happy she is able to go back on the track and compete. In terms of what she has been doing on the track her coach will be in a better position to speak on that, but I have all the trust and faith in the coaching staff and what they have been doing. I am confident she will be ready for the national championships next Thursday inside the National Stadium," he said.

Meanwhile executive director of JADCO, Carey Brown, offered 'no comment' when asked whether the commission will appeal the decision.