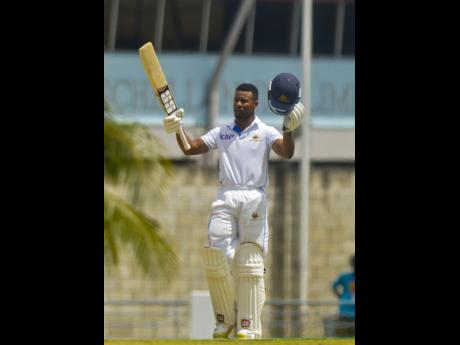 West Indies head coach Stuart Law has identified young strokemaker Shai Hope as one with immense promise and whose professionalism can take him far in the game.

The 23-year-old copped the Man of the Match award for his crucial unbeaten 48 in the second one-day international against Afghanistan last Sunday, which West Indies won by four wickets to level the three-match series.

Hope also top-scored with 35 in the opening game, which West Indies lost by 63 runs last Friday. Law said while the right-hander was still developing, he was ticking all the right boxes.

"He's a class act. He's very easy on the eye when you watch him bat," the Australian said.

"At this stage, he's still learning how to play at this level, but the steps he's made since I've arrived [have been impressive]."

Iran became the second team to qualify for the 2018 World Cup by beating Uzbekistan 2-0 on Monday, sparking celebrations in the streets.

It is the first time Iran have qualified for consecutive World Cups, and will be their fifth appearance at football's marquee tournament.

Sardar Azmoun scored in the 23rd minute and Mehdi Taremi in the 88th at Azadi Stadium in Tehran.

Iran, managed by former Real Madrid and Portugal coach Carlos Queiroz since 2011, topped Group A of Asian qualifying. The team is unbeaten from eight games and eight points clear of third-placed Uzbekistan with two qualifiers remaining, so cannot be denied a top-two finish and an automatic spot in Russia next year.

South Korea are in second place, a point ahead of Uzbekistan with a game in hand.

PARIS (AP) French anti-doping officials are worried about the increased use of cocaine by athletes to enhance their performance.

Cocaine is among a class of stimulants whose use is banned only in competition.

Speaking at a news conference at AFLD headquarters, scientific adviser Xavier Bigard insisted it would be "extremely dangerous to minimise its use as a purely recreational drug."

Ressiot added that several cases involving cocaine use which are currently under the scrutiny of the AFLD will help the agency determine the type of networks used by cheaters.