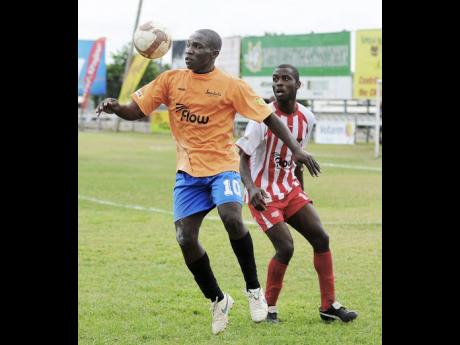 After a 0-0 draw against Priory SA last Sunday away, the Aaron Lawrence-coached Sandals are confident of winning on their home turf.

"We are ready and confident in winning our three home games, starting against Rivoli tomorrow," Lawrence, a former national goalkeeper, told The Gleaner yesterday.

"We played away and got a point in our first game, and the plan is to get maximum points from all games at home. When you get a point away from home, you just have to go and do your business at home," he reasoned.

Sandals were without their top striker Dervin Campbell last Sunday, and Lawrence said that he is expected to play a role against Rivoli.

"We will determine whether Dervin starts or come off the bench. He will add some firepower to the team," Lawrence shared.

Rivoli United also shared the points against Cavalier three days ago and will be going to the west aiming for a favourably result.

Coach Anthony Thompson said that after losing star player Jeremy Nelson, who received a red card against Cavalier, someone has to step up.

"He is one of my most experienced players and goalscorer, but we have a squad and somebody has to fill the spot," Thompson disclosed.

"We are disappointed because we should have won the first game, but now, I am going there to get all three points. Every game we play it is for three points, and if I don't get three points, I will take one," he added.

In the other game, Cavalier will welcome Priory SA at Stadium East Complex, also at 3:30 p.m.

The four Confederation champions are battling for two spots in the RSPL 2017-18 season. The top team after the home and away series will receive $200,000 and a trophy, while second place will earn $150,000 and a trophy courtesy of sponsors J Wray and Nephew Limited.