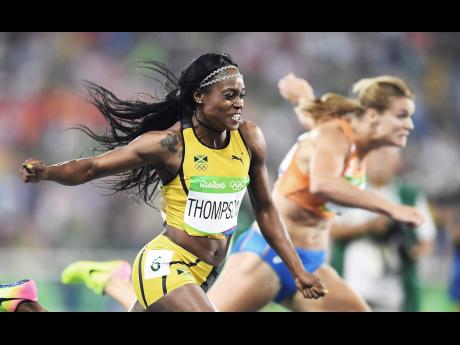 Having played second fiddle to Jamaica's Elaine Thompson at last year's Olympics, Dafne Schippers believes she has identified where things went wrong and is making the necessary adjustments to get the better of all comers at the World Championships to be staged in August.

Schippers, who turns 25 today, is the reigning World 200 metres champion, but finished second to Thompson in the event at the Rio Olympics and fifth in the 100m.

"I think things went wrong with the start, but new year, new changes, and we will see what happens this year," Schippers said ominously.

The former heptathlon competitor has also parted ways with her former coach and is now working with an out-and-out sprint coach who she believes will result in her going even faster.

"Everything is different because I train with a different coach and I have a totally different plan now," Schippers revealed. "Now I focus every race to run a little bit faster, and now the focus is all on London.

Schippers said she enjoys the rivalry with Thompson and the other high-quality female athletes that Jamaica continues to produce.

"I think it is always cool; because she (Thompson) is fast and I am fast and it is nice competing with each other and I love that," Schippers said. "I think Jamaica has a lot of good sprinters, and every time young talents are coming."

But like so many athletes and track fans around the world, Schippers thinks it is unfortunate that Bolt will be hanging up his spikes after the London World Championships in August.