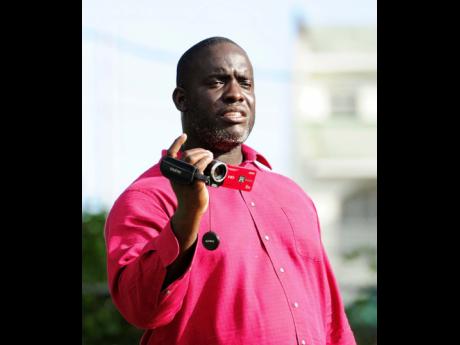 History was made at last week's National Collegiate Athletic Association (NCAA) Division 1 Championships as Danielle Dodd and Shadae Lawrence took the top spots in the shot put and discus, respectively. Dodd and Lawrence combined for the first Jamaican shot and discus sweep at the NCAA Division 1 level. Understandably, the local throws community is full of praise for the winning pair.

Lawrence, a second-year student athlete at Kansas State University, is the first ever Jamaican winner in her event. She moved up from fourth last year to win with a throw measured at 61.37 metres. Lawrence wasn't alone in the discus final as fellow Jamaicans Kellion Knibb, Dodd, Gleneve Grange, Samantha Hall and Shanice Love were third, fourth, eighth, 10th and 12th, respectively

Dodd, a senior at Kent State University, bombed her way to victory with a national record 19.15 metres and now is the fourth-best shot putter of the season. She is the second Jamaican shot put champion as Kimberli Barrett, then at the University of Miami, was the winner in 2005.

Julian Robinson, the Calabar High School and University of the West Indies throws coach, described the performances of Dodd and Lawrence as amazing.

"It looks good for Jamaica," he said at the National Stadium on Sunday, "and when you consider, for example, Shadae, I think this is her second year out of high school and to win the NCAA is amazing."

"Danielle, her performance is amazing," he continued, "and I think if she can maintain that 19 metres form, she can at least make the top eight at the World Championships."

Michael Vassell, godfather of the local throws community, called the results "awesome". Speaking about Dodd, the Excelsior and UWI coach noted that all of her six throws would have won, and commented, "The level of consistency being displayed by Danielle has shown that she and her coach have been working on some things, and it's really paying off."

Dodd is far ahead of the 2017 World Championship shot put qualifying standard of 17.75 metres, and Lawrence and Knibb, an outgoing senior at Florida State University, exceeded the discus standard of 61.20 metres with throws of 62.59 and 62.07 before the NCAA meet.