Ja's Campbell off to good start at BMW Classic 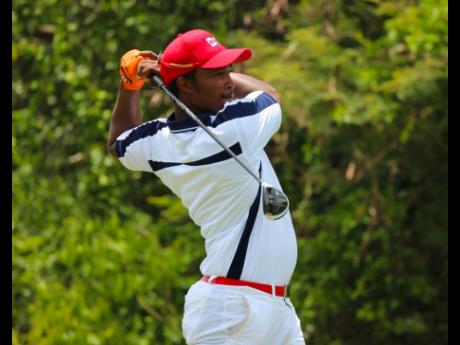 Jamaican professional golfer Fabian Campbell put in a workmanlike performance on a weather delayed opening day of the BMW Jamaica Classic at Cinnamon Hill in Montego Bay. Campbell shot a one over par 73 in a round that featured several missed opportunities and ill-fated putts.

After bogeys on holes three and five, Campbell roared back to one over on the front nine following a brilliant eagle chip to make the turn.

A bogey and a double bogey on holes 12 and 16 looked to have spoilt the Jamaican's round, it would get worst as the players had to leave the course for a three-hour delay due to lightning.

On the resumption, Campbell would, however, carve out birdies on holes 17 and 18 to save the round for the Constant Spring-based golfer, who was satisfied with his outing.

"To be honest, I could have played a lot better today because the course was not that challenging, I had a couple of three putts that cost me, but I am glad that I could finish strong heading into Friday's second day."

Jamaican youngsters Sebert Walker Jr and Zandre Roye both had rounds they would want to forget after posting rounds of 11 and 13 over par 83 and 85, respectively.

Other Jamaicans in the field are Orville Christie, Jonathan Newnham, Sean Morris and Romaine Evans.

American Jared Wolfe held the club house lead after posting an impressive eight under par 64. His round included six birdies and an eagle.