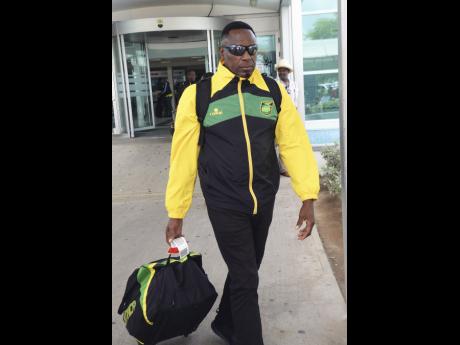 Jamaica went down 3-1 to the hosts in the friendly international.

"It was definitely difficult for the players. The high altitude in Peru wasn't easy and affected the performance of the players," Waite told The Gleaner on arrival yesterday at the Norman Manley International Airport in Kingston.

"As a result, it took a toll on the players and their concentration level went to pieces," he added. "The players were spitting blood on the field because of the high altitude," Waite, who is also coach of local Red Stripe Premier League (RSPL) champions Arnett Gardens, said.

Shamar Nicholson, who started upfront and played for 54 minutes before he was substituted, backed his coach.

"We found it hard to play because of the high altitude and were chasing the game. The Peru players were comfortable on the ball. I found it difficult to breathe," the 20-year-old Boys' Town striker said. Lima, Peru, where the match was played, is 5,080 feet above sea level.

Jamaica were outplayed by the Peruvians, who led 3-0 early in the second half before veteran attacker Jermaine Johnson came off the bench and converted a penalty following a foul on Owayne Gordon late in the game.

With that game over, the Reggae Boyz will turn their attention to the Caribbean Cup Finals in Martinique, where they play against French Guiana on June 22. They will also travel to the CONCACAF Gold Cup in the United States of America from July 9-26. The six-time Caribbean Cup winners will depart on June 19 in quest of the nation's seventh title.

"The Caribbean Cup will be used to select the final 23-man squad for the upcoming Gold Cup. It will be another test for the players," Waite explained.