Chop Chop to return to Jamaica 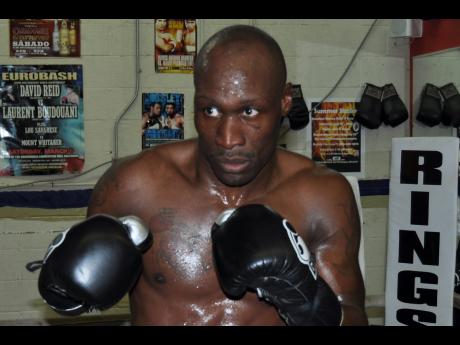 I Fight Promotions head, Chris Joy, has said that 2016 Wray & Nephew Contender Series champion, DeMarcus 'Chop Chop' Corley, will be returning to Jamaica as a main eventer on a soon-to-be announced fight night to be staged by the company.

Joy and his I Fight team are currently in the island, and he told The Gleaner that although a date has not yet been set, there will be some young fighters of strong boxing heritage on display when the event takes place.

"We have a couple of fights looking at right now. We're dealing with the boxing board to confirm the dates right now," Joy said. "We have former world champions like Chop Chop coming back, Hector Camacho Jr is gonna be fighting, Floyd Mayweather's brother, Justin Mayweather - we're looking at him fighting on the card as well. Oliver McCall (former WBC heavyweight champion) has a son that's very promising, that will be fighting, and more important as well, Chop Chop's son's just done his pro debut so he will be fighting on the card as well."

In recent times, there had been a public demand to see Corley facing 2014 Contender champion Sakima Mullings, and a fight had been planned for last year, but scrapped. Joy would not confirm whether Corley would be facing Mullings on this proposed card, but said it is very possible that the two may face off in the near future.

"That fight can happen," Joy said. "One thing that people have to realise is that Chop Chop really is a 135-pounder. Everyone that he fought (in the Contender) was 147lb. Chop Chop and I spoke about that fight, he's willing to have that fight, and I Fight Promotions is designed to give the people what they want. So if Jamaican people want that fight, then guess what, that's a fight that's going to happen in the near future."