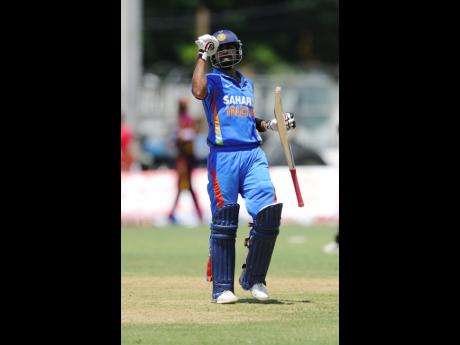 India have named a strong 15-man squad for the five-match One-Day International series against West Indies bowling off in Trinidad and Tobago next week.

The powerhouses, who clobbered Bangladesh to reach the final of the ICC Champions Trophy in England on Thursday, will be led by batting star Virat Kohli and includes the core of the unit currently at the showpiece in London.

However, selectors have opted to rest opener Rohit Sharma and seamer Jasprit Bumrah, both of whom played in Thursday's semi-final.

The right-handed Rohit struck a superb unbeaten 123 to propel India to a convincing nine-wicket win.

"There is no doubt about Rohit's ability and what he brings to the team," Kohli said.

"We need to protect him going further because [in the] latter half of the year we have massive tours coming up, and his batting contribution will be a huge factor for us. So we want him to be careful because after a massive surgery you do need to be careful.

"If you push yourself a little too hard then it snaps again, you're out for seven, eight months."

Selectors have brought in teenaged wicketkeeper/batsman Rishabh Pant and 22-year-old left-arm spinner Kuldeep Yadav, both of whom are uncapped in ODIs.

India will face Pakistan in tomorrow's Champions Trophy final before flying out to the Caribbean where they face West Indies in the opening ODI at Queen's Park Oval on June 23.

The game is the first of a double-header at the venue, with the second ODI set for two days later.