Jamalco's Davis rolls back the years with spectacular shooting 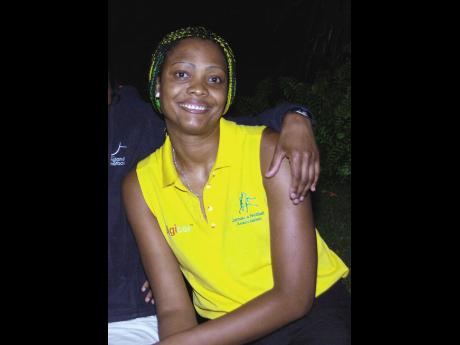 As the years roll on, Elaine Davis keeps rolling out the big performances.

The veteran Jamalco goal shooter was in top form on Sunday, hitting shot after shot to lead her team to a comfortable 44-35 win over G.C. Foster College of Physical Education in the final of Netball Jamaica's Supreme Ventures Middlesex County final at the Leila Robinson Courts.

Davis, who has captained Jamaica at some of the sport's biggest championships, faced a potentially challenging night with current national captain, Stacian Facey, and national centre court player, Zonasha Hinds, marking her inside the arc as goal keeper and goal defence, respectively.

However, the tall Davis utilised her height advantage and skills to free herself for a dominant night under the pole, as she sunk 34 of 36 attempts.

It tells why her Jamalco team-mates and coach, Winston Nevers, wanted the 40-year-old to lead their team yet again.

"When this competition was about to start coach asked me if I wanted to play because the girls wanted to play with me. I think I was going to stop because I was a bit tired, and with work and everything," she recalled.

In the final, and preceding semi-final against Titans, Davis certainly proved why.

"I think it's the confidence. When you've years of experience then have that kind of skills support that I have in the team then it works," Davis noted of her high percentage scoring.

Part of the support she received came from Tenesha Bernard, the goal attack who served up some measured passes and netted 10 goals off 17 tries. Comparatively, G.C. Foster's goals were accounted for by Giselle Allison, who hit 22 of 31 attempts and Zonisha Sturridge, 13 from 21.

While Davis' scoring has remained solid, gone is the knee brace that was a feature of her support throughout the years.

"I haven't played in it for awhile," she smiled. "I'm kind of testing my knees and it's working because I play in the Clarendon league without it so I'm kind of testing to see how it feels and it feels OK ... I'm not used to playing two games in a day, especially on a Sunday evening when I should be home. But it doesn't feel bad."

That could mean more years and big performances, but Davis isn't ready to make that prediction.

"Maybe for the rest of the year, I'm not sure of next year," she said. "Let's see how it goes after the end of this competition."