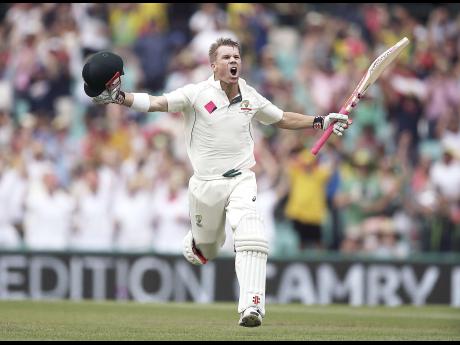 Australia's sport minister, Greg Hunt, seems to be a man after my own heart.

Australian cricket appears to be heading for a collision over a pay dispute in which Cricket Australia (CA) is proposing a pay structure in which there will now be a salary cap for senior players so that there will be more money for grass-roots programmes, for infrastructure, and for women players.

The Australian Cricketers Association (ACA), however, is bitterly against it; they want what has been going on for the past 20 years to continue. Australian players are supporting the association, the CA has refused a request from the ACA for an independent mediator, and everything points to a stand-off.

Cricket Australia, the game's governing body, has set June 30 as the deadline for an agreement to be reached otherwise the players will be unemployed. It has been trying to talk to the players individually, and the players have said, "Talk to the ACA."

The end result is that Australians are now worried about the effects on the Ashes series scheduled later this year, and because of that, Hunt has said that the government may step in to provide "good officers".

After saying that the government was hesitant about being too interventional about contract disputes in professional sport, Hunt said that there was, however, scope to act as a mediator if the dispute looked likely to threaten the Ashes series.

"If it got to a last-minute situation, I suggest that we would offer to provide good officers brokering between the parties. It would be unthinkable that in the end we wouldn't have a full team."

Hunt went on to say, "The players love playing for Australia Cricket Australia knows that this is not just fundamental to sports, it is part of our national identity."

He also went on to say: "What I don't want to do across the board is to try and step in and be a mediator in a contract dispute. If there was a fundamental threat, at an appropriate time we would offer to work with them. All the advice I have is that with six months to travel, the Ashes Test will be proceeding with a full Australian team and on Boxing Day you'll have Steve Smith, David Warner, and the rest of the team out there."

Cricket, today, is a business, it is big business, and business is business.

When one remembers that money is needed to build the sport and to provide for the continued development of the sport and its players, and that money should come from the sport, good sense, however, should prevail.

The question is why is the Australian government concerned about it, and why is it planning to get involved if things are not resolved in time for the Ashes series.

And the best way to deal with it is by the intervention of the government, which speaks and acts on behalf of the people, and who is there to protect the people's interest.

The government cannot, and should not, try to dip its fingers into everything, but when it comes to things of national interest, to something as important to the people as cricket, it should at least have the authority to intervene and mediate if necessary.

The people have been disgruntled, and the politicians have talked a lot about what is going on but nothing has happened, except for the resignation of one prime minister from a CARICOM cricket committee.

Everything remains the same. Almost every day, another cricketer is missing from West Indies duty. The West Indies keep losing. No one seems answerable to anyone, despite the so-called importance of cricket to the region.

Is it because the West Indies is not really one nation, but rather a group of separate nations with different governments, flags, and constitutions trying, unsuccessfully, to live someone's, or some people's, impossible dream to live like one nation?

The more I think about it, the more it comes home to me that that is so: getting a consensus in the West Indies is almost impossible, and that, maybe, is why one team to represent the West Indies in sports such as tennis, table tennis, track and field, and football years ago failed, and failed badly.

The Indian government stepped in recently to save Indian cricket, and the Australian government is about to step in to save Australian cricket. When will the West Indies governments step in, or if because of circumstances they cannot do so, when will CARICOM step in, not to chastise the board, not to chastise the players, but to mediate between the two sides in the interest of West Indies cricket and the satisfaction of the West Indian people?