Tony Becca | Playing for fun only or what? 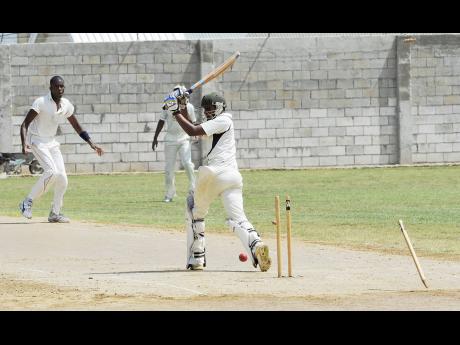 Although cricket is still played for fun, for entertainment, and for exercise, things have changed since the late 19th century.

Like other sports, cricket has become professional, a source of money to many people, and that has changed how the game is played.

Cricket today is no longer a game to spend only one or two days a week training and practising for one or two hours a day, and to spend only a Saturday and a Sunday playing matches at the club level for between five and seven weeks a year depending on how good, or bad, your team is.

And to train and practise seriously calls not only for individual effort, but also for a structure.

The structure calls for a club with a management team that will provide guidance, it calls for a ‘home’ to which one belongs and which serves as a meeting place, it calls for proper facilities to train and practise and to talk cricket, and it calls for an environment, including the presence of past players, which is geared towards playing the game and improving one’s self for and beyond cricket.

A man once said, when he was looking around for a man to coach him for a duel, that a friend of his promised to get him the master dueller of the time, and he said: “No, you get me the man who coached him.”

It is as simple as that. People are attracted to success.

They care more about spreading the game, either that or they are afraid to do what they know is right because of other reasons.

Spreading the sport is good for enjoyment, but not necessarily for improvement, and Jamaica must decide what it wants to do at this time.

If it is for entertainment, then a 23-team league or bigger is better.

Something like this has been tried and tried in different forms in the past, however, and it has never worked, neither in spreading the game nor in lifting the standard of the game.

All that has happened is that each time, each year, somebody comes up with an idea, the association, when they are lucky, gets some money from a few sponsors, the money is spent, a competition with a new name is held, nothing happens. The following season, other sponsors are found, if the association is lucky, and another competition is held.

If the present situation is a worry to the association, however, if the fact that some teams are in that should be out, that some matches are finished before tea on the first day, that teams are dismissed for scores like 29, 32, 39, 53, and 63, and that many matches finish with many teams not getting near to 100 runs in either innings and losing by an innings to teams scoring 150 to 200 for three or four wickets is seen as it is, weak and inexcusable, then something must be done about it.

If teams can be dismissed after 70 and 90 minutes after the start of play, if teams do not even bowl their better bowlers during this time, and if teams can pick and choose the matches in which to play their better players, things are bad, real bad.

And it does not stop there. When batsmen, ordinary batsmen, score heavily against bowlers from substandard teams, and bowlers preen themselves with handful of wickets, when these players from weak teams meet each other and look like Viv Richards or Brian Lara ­ Curtly Ambrose or Courtney Walsh ­ and accomplish all sorts of things, the cry goes out for their inclusion in national teams.

Something must be done about the standard of cricket.

In high school competitions, some schools have been dismissed for 10, 15, and 20 runs on a regular basis, the national team has been dismissed for low scores regularly, including 56 at home and abroad, Jamaica cannot get even one place on the West Indies Test team, and only one Jamaican gained selection on the West Indies Youth team now preparing for the world championship.

For years, the JCA has been spending money on all kinds of competitions all over the country for all kinds of people to play in the top competitions, which, based on attitudes, they appear to have no interest in playing.

Jamaica now needs to lift its standard of play, and it can only be done through the club system, with every Jamaican allowed to play wherever he chooses, wherever he can play, with eight or ten club-parish teams, and with the best players, those who are really interested in doing so, playing for the organised clubs and parishes.