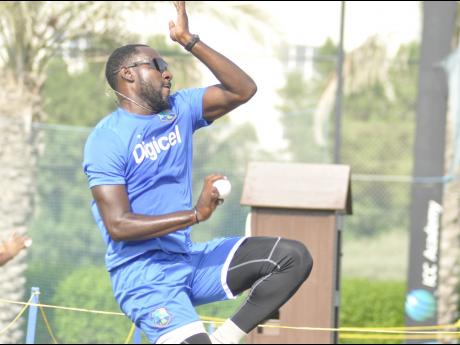 Rovman Powell remains the only Jamaican named in the side, but the squad includes one uncapped player in seamer Kesrick Williams, who was drafted into the squad for the third ODI against Afghanistan last week following injury to speedster Shannon Gabriel.

Williams has played eight Twenty20 Internationals, and was the leading bowler in the three-match series against the Afghans.

The side gathered here following the rained out third ODI against Afghanistan last week to prepare for the upcoming matches.

West Indies will need to lift their game significantly if they are to challenge the Indians, who lost the final of the ICC Champions Trophy in London yesterday.

They were poor against the Afghans, suffering a stunning 63-run defeat in the opener before labouring to a four-wicket win in the second game in pursuit of 136.

The West Indies are expected to play a warm-up game against Trinidad and Tobago XI tomorrow.