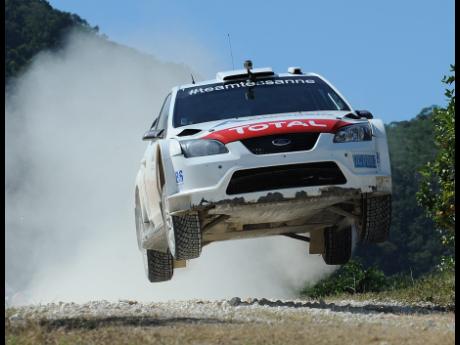 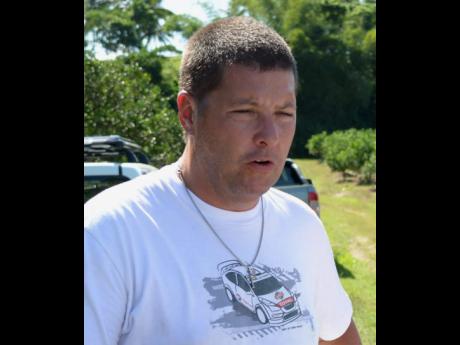 Veteran rally driver Jeffrey Panton has said his co-driver Michael Fennell Jr's pace notes were key to their victory in the recently staged SOL Rally Barbados this month. Panton and Fennell, in their Ford Focus WRC (World Rally Championship) rally car, claimed their third hold on the title, beating the British team of Rob Swann and Darren Garrod who finished second in their Subaru Impreza WRC S12B car and Britons Roger Duckworth and Alun Cook, who were third in their Subaru Impreza S6.

"Mike and I spend a lot of time fine tuning our pace notes," he said. "We already have notes from most of the stages in Barbados from previous years and they use, pretty much, the same roads ...or variations of the same roads throughout the years.

"Although we have notes already, we still go out and we fine tune our notes more and more each time to show more and more features of the road - where we can cut on a corner to save 0.1 of a second.Of course, that builds up over an entire stage. That is his (Fennell's) expertise and he's good at it, so it reflects in our times compared to the competitors.

The duo are also overjoyed to have gotten a victory over regional rivals, and hometown favourites Roger Skeete and Louis Venezia, who were fifth in their Subaru Impreza SB12. Panton said Skeete's unpredictability on stages, makes him a tough competitor.

"He's a very formidable competitor and he's not one that you should take lightly. He may have a bad day today, and tomorrow he may come out swinging and he's right there. So you always have to be cognizant of his times and what he's doing, but it feels good to beat him on his home ground, for sure."

The team's Focus is now being repaired after what they describe as a heavy hit on the final pass through the Padmore stage of the rally, which added 15 seconds to their overall clocking. Panton said he is hoping to get the car ready as soon as possible as they hope to enter the Martinique Rallye Tour, which starts on July 21. There, Panton and Fennell will be expecting to face former WRC driver and hometown favourite Simon Jean-Joseph.

"He's bringing a WRC Citroen, so we'll be competing against him in that event. We've never run there before, it's his hometown, the three times we've raced against him, we've beaten him three for three, but he has a bit of an advantage in Martinique, so we wait to see what happens there," Panton said.