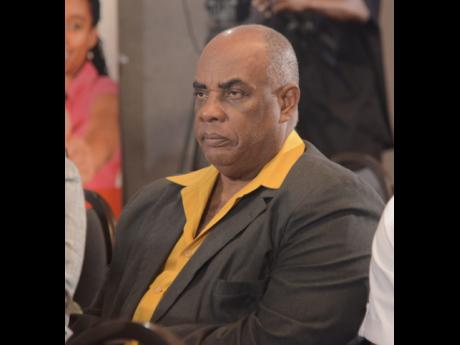 Table Tennis Jamaica (TTJ) President Godfrey Lothian has described the recent multimillion-dollar, four-year sponsorship deal with India-based international sports goods exporter Stag as "one of the best deals Table Tennis Jamaica ever got in its history".

On June 4, Lothian signed off a deal with Stag co-chairman Vivek Kohli that will see Jamaica getting 30 sets of gear each year. One set includes one tracksuit, two T-shirts, two shorts, two towels, three pairs of socks, one kitbag, 60 dozen 3-star balls and 60 dozen training balls.

In return, Stag will be the official sponsor, with TTJ teams wearing the Stag logo and using its equipment at all international tournaments, major events or events organised by TTJ.

The association will also use the Stag logo on its website, stationery, certificates and accreditation at major events. They will also get a 15 per cent discount on all purchases. However, TTJ will bear the cost of transportation and clearing Customs.

Lothian described the deal as 'huge' and said the association can now look to host many tournaments.

"While in Germany (at the World Championships), I met with the chairman and talked about it (the deal). But even before I talked to him about sponsoring us for international events, he liked the idea. They had sponsored us before, with a smaller sponsorship, but this is a huge deal, as they will give us 32 international tables over four years," he said.

"When we have tournaments we can host them with proper equipment and don't have to be running around. The sponsorship also outfits the national team, and it's usually difficult to get outfit sponsors, so we always have to be literally begging. But this sponsorship deal will help us move forward and to stand on our own two feet," he said.

At the end of the four years, Lothian wants more events being staged locally.

"We should be organising a lot of tournaments because we have the equipment to do that," he said.