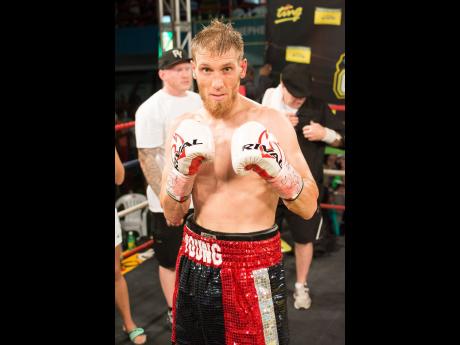 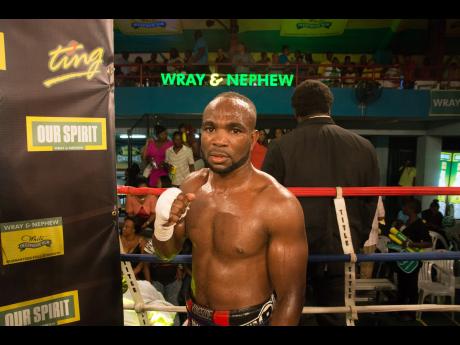 Jamaica's Tsetsi Davis and Canada's Ryan Young will trade punches at the Chinese Benevolent Association auditorium tonight, as they seek the final semi-final spot of the 2017 Wray and Nephew Contender series. Fight time for this junior middleweight, five-round bout is 9.30 p.m. This will be preceded by two amateur bouts, starting at 8.30.

The boxers who have already earned their semi-final spots with hard-earned victories are Jamaicans Sakima Mullings and Richard Holmes and Canadian Phil Rose. Young said yesterday that the added incentive for him to win tonight is to get another Canadian into the final four.

The series this year has produced excellent competition each week, and tonight's encounter is expected to follow this trend. Davis won his preliminary bout against Canadian David Leblond on April 19, by way of a split decision that evoked discussion for several days. Young had an action-packed fight on May 24 against Jamaica's Ramel Lewis, whose corner threw in the towel in the third round.

Davis, who is 39, has already made it known that this is his last Contender series. He is hoping to get back to a final for the third time, but Young will be a difficult opponent to get past. Davis has acknowledged this, but he nevertheless oozed confidence yesterday as he made final preparations for tonight.

"I am ready to go, my training has gone well, and all I am thinking about now is victory, " he stated.

It is an open secret that his training was curtailed for several days because of a shoulder injury he suffered in his first fight, but he told The Gleaner yesterday that he has put that behind him and "had some great sparring sessions last week. I am moving OK, my punches are on the mark and I am good for tomorrow," he stated.

With a 17-5 record, he takes a wealth of experience into the ring tonight, but he will need much more to keep a rampaging Young at bay.

The Canadian, who is 32 and has a 11-2 record, said yesterday that he has a much different fight plan for Davis than the one that he had devised for Lewis.

"I watched tapes of his fights, and I know that he likes to come in close and work to the body. I have a plan for that, and I am going to keep moving and make him work very hard." Continuing he said: "My speed will be a factor, I am much fitter than when I fought here last month and I will be putting a lot of pressure on him. I am very confident of victory, because he will not be able to withstand the pressure that I will be putting on him. I am ready."