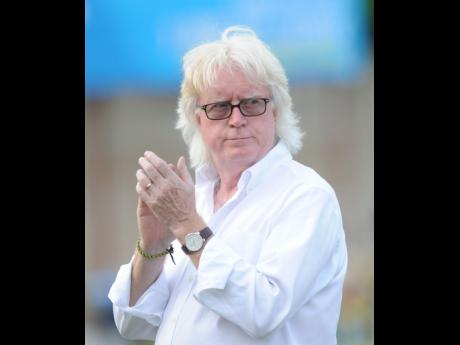 Blaine recently left the role to take up a similar position in Grenada, and the JFF has not yet named his successor. But Schaefer, who is back in his homeland Germany, said that Coley is the right man for the job because of what he says is his proven track record working with youngsters.

"You need new ideas," Schaefer told The Gleaner. "He (Coley) is a very good coach, very intelligent. Director of football is not for the A-Team (senior team). It's for the Under 17, Under-15, and grass roots. Miguel is perfect for the position.

"Coley, for me, is the best local coach in Jamaica. He's a good man for building the team from youth to the senior team. When you see the results from the schools, he knows all good players in Jamaica. He's a man who can bring Jamaican football to the next step."

Schaefer said that Coley also has the experience needed from coaching seminars done overseas, and also mentioned that the Jamaica College head coach learnt under the guidance of veteran Italian coach Marcelo Lippi while participating in a course in Spain.

The German said that Under-17 head coach Andrew Edwards also shows promise and should be allowed to work with Coley in the role in whatever way he can.

"I remember two years ago, the Under-17s played good, and Andrew Edwards is another good coach," he said. "He should work with Miguel. Both coaches have good results and good success with the youth teams.

Look to the future

When you want results in the next four years, you need to work with the youth."

Edwards' most recent competition with his side was the CONCACAF Under-17 Championships, where the Young Reggae Boyz finished third in Group C, after losing

5-0 to the United States, beating El Salvador 3-1 and losing 5-1 to Mexico. However, Schaefer said that this result was not on Edwards or his players, but the lack of proper infrastructure available in Jamaican football, an issue he made clear many times in his three-year stint as head coach.

"All local players have very good character, the problem is you have to give the local players better infrastructure, better fields. One (proper) field is better than no field," he added.

Schaefer qualified his reasoning by comparing the Jamaican environment to the United States.

"The (United) States is very big. When you play with local players against the States, you have no chance. There are 10,000 very good fields for training in USA."

He said that the ideas regarding Jamaican football need to change, administrators are still too focused on the success of the 1998 World Cup campaign, which saw the Reggae Boyz qualify for the finals in France. Schaefer said that this is a problem because other nations in the region have moved past that era and have upgraded their systems.