Wilson - moving down to go up 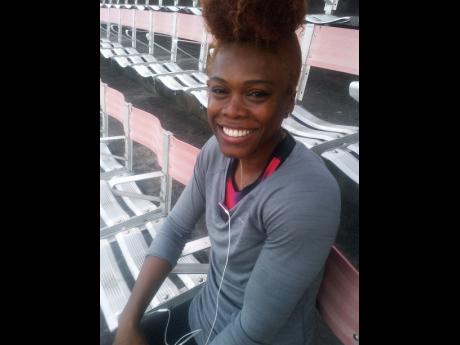 Most hurdlers move from the 100 metres hurdles and go up to the 400 metres variety. Jamaica's Nickiesha Wilson is going the other way with some success. In fact, when the pistol cracks to start the National Senior Championships today, Wilson will be quietly confident about making Jamaica's team to the World Championships in the shorter event.

Having run 12.81 seconds on May 27 in Kingston to come within 0.02 of her personal best, the three-time Olympian said, "I ran 12.8 and it's way ahead of what I did last year, so I'm proud of where I am right now." Last year, she clocked 12.97 to place third at the National Senior Championships before gearing down to 12.89 seconds in the Olympics.

Speaking in Kingston earlier this month, she expressed confidence ahead of the Nationals.

She was an accomplished 400m hurdler, placing fourth at the 2007 World Championships, winning silver and bronze medals at the 2007 Pan-American Games and the 2010 Commonwealth Games and reaching the Olympic semi-finals in both 2008 and 2012. However, she recalled, "With that, my speed wasn't really showing, so right now, I'm really glad to be really focusing just on the 100m hurdles."

She actually never gave up the 100m hurdles. During her time at Louisiana State University, she placed second and third at the NCAA Championships in 2009 and 2008, respectively. She won the 400m hurdles in 2009 to follow up a runner-up finish the previous year.

With her training now supervised by hurdling expert Fitz Coleman, she is optimistic about the Nationals.

"I'm really not worried because, one, with any competition, you can't really rule anybody out," she allowed, "but you have to have confidence in yourself and your training where you're at, so that is my mindset."

Her opponents will include fellow 2016 Olympic semi-finalists Megan Simmonds and Shermaine Williams, who beat her into third at last year's Nationals and Rushelle Burton, the 2016 World Under 20 Championships runner-up. Williams' sister Danielle is the reigning World Champion and thus has earned an IAAF wild card entry to this summer's renewal in London.